‘Samsung Blockchain Wallet’ Will Tutor You to Store Your Bitcoin, Ethereum on Galaxy S10

The phrase “crypto wallet” has not been used during the launch of the Samsung Galaxy S10 and Fold at the electronics giant’s high-profile presentation in San Francisco on February 20.

Instead, the company pushed the product as a private crypto key storage and an all-in-one blockchain platform called Knox, confusing some users on the core applications of the feature.

The official Samsung Galaxy S10 blockchain tutorial on the device shared by Heslin Kim, a cryptocurrency analyst based in South Korea, shows a native cryptocurrency wallet as a part of Knox called Samsung Blockchain Wallet.

The Samsung Blockchain Wallet features Bitcoin and Ethereum wallets with a simple, minimalistic, and sleek user interface that is ideal for casual and new users.

Why Samsung May Have Avoided the Phrase “Crypto Wallet”

Speaking to CCN.com, an industry executive suggested that Samsung may have avoided introducing Knox as a cryptocurrency wallet to its mainstream consumer base because it could scare away many users.

The awareness of cryptocurrencies has significantly improved in the past two years, specifically following the rally of the crypto market in late 2017 during which its valuation spiked to over $800 billion.

But, the 85 percent decline in the combined valuation of cryptocurrencies and a series of scandals including the recent $150 million controversy surrounding QuadrigaCX have deteriorated the public image of the cryptocurrency sector and the asset class.

To appeal to a wider range of potential users, several industry executives and local analysts have theorized that the company used a friendlier term in blockchain to introduce Knox and its cryptocurrency wallet.

Another motive behind the approach Samsung employed to launch Knox could be the company’s intent to expand blockchain-related features on the platform in the months to come.

Prior to the launch of Knox, analysts stated that the integration of native crypto support on the Galaxy S10 that could be used by tens of millions of users may have a more significant impact on crypto than other highly anticipated catalysts such as Bakkt’s Bitcoin futures market and Fidelity’s cryptocurrency custodial service.

Twitter has 326 million active monthly users. Samsung shipped 70 million units In Q4 2018 alone. Tippin.me and the new Galaxy smartphones will do more for bitcoin adoption than Bakkt and all the ETF’s in the pipeline combined.

As CCN.com reported, Samsung has integrated a technology called PUF into the Exynos 9820 chip, which is typically not used in PCs and smartphones.

PUF is specifically used to store and secure encryption or private keys, eliminating the possibility of theft even in an event of a security breach. 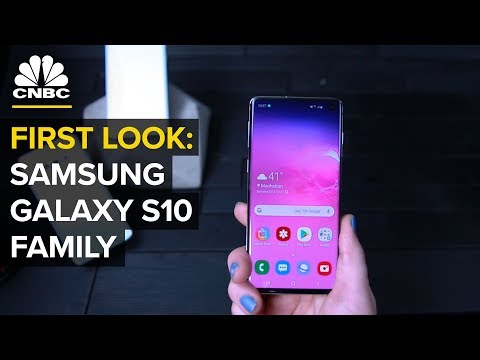 “Galaxy S10 is built with defense-grade Samsung Knox, as well as a secure storage backed by hardware, which houses your private keys for blockchain-enabled mobile services.”

Galaxy S10 devices in the U.S. and other parts of the world are said to feature the new Snapdragon 855, which employs a technology called Trusted Execution Environment (TEE) that seperates the core operating system from a trusted storage where sensitive data is held.

If hackers are successful in breaking into a device through unsecure connections, the hackers cannot gain access to keys held in PUF or TEE, making Samsung’s crypto wallet inherently more secure than existing alternatives.