A Zombie Stock Apocalypse Is Coming for Your Robinhood Portfolio

The number of zombie stocks is on the rise. These living dead may not eat brains, but they feast on investors who don’t have them.

In Hollywood horror flicks, it’s not rare for a virus to sweep the globe and trigger a zombie apocalypse. In the real world, the coronavirus pandemic is creating a very different breed of living dead: the “zombie stock.”

Why a Zombie Hoard Is Invading the U.S. Stock Market

A company becomes a zombie when it can no longer service the interest on its debt.

When it can’t cover its interest payments with earnings before interest, taxes, deprecation, and amortization (EBIDTA), the company either risks a debt default, or it has to start making some fire sales to raise capital.

Video: Government stimulus is causing the number of zombie stocks to surge 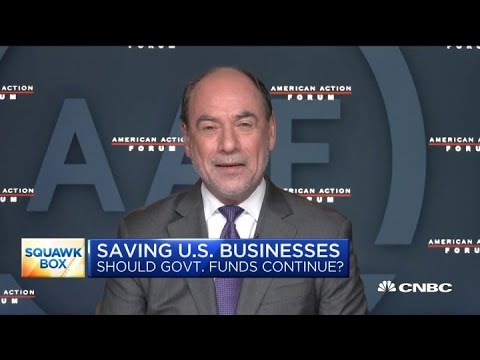 It’s unsurprising that zombie company numbers are on the rise.

A decade of ultra-low interest rates already made it easy for struggling companies to remain on life support.

Then the pandemic struck. Earnings imploded. Companies responded by taking on even more debt – to the tune of $1 trillion globally in 2020 alone.

What happens when a large number of companies are near bankruptcy but can avoid it indefinitely?

As economists Filippo di Mauro and Chad Syverson write, it creates problems for the entire economy:

Zombie firms might further limit the ability of new, higher-productivity businesses to enter. This highlights the broader issue that business formation rates have been trending downward for several decades in many developed economies.

In short, zombie companies impact more than just themselves. They lock up resources that could be better used elsewhere.

And while zombie stocks don’t feed on brains, they do feast on investors without them.

Robinhood Traders and Zombie Stocks: A Recipe for Disaster

Once a company becomes a zombie, it’s a race against the clock to see if it can turn its fortunes around before the credit spigots slam shut.

With rates this low – seemingly indefinitely – zombies can often muddle along for years before their apocalypse arrives.

For investors, this means a lot of volatility in company shares.

That’s the kind of recipe that attracts day traders, especially the retail hoard that populates Robinhood.

We observed this with the surge in Hertz Global (NYSE: HTZ). Robinhood traders dove in after Hertz declared bankruptcy, and the stock soared by triple digits – only to crash again.

Rolling crises will continue to create zombie stocks as the economy struggles to recover from the pandemic.

Expect Robinhood traders armed with stimulus checks and little else to catalyze some bizarre moves in these shares going forward.