Rob Gronkowski might be the new “evil genius” of the NFL.

For years, the title belonged to his former head coach, Bill Belichick. Not anymore. Belichick earned the title because he is a master at dismantling opposing teams. In Gronk’s case, it’s less about football and more about business.

Rob Gronkowski, the Master of the Publicity Stunt

It’s not that he isn’t a great football player, but his biggest accomplishment doesn’t have anything to do with what he’s done on the field. It’s his ability to make us adore the big, lovable goofball persona he sells once he takes the jersey off.

From his Family Guy cameo to the Gronk Party Bus, he became the guy we all wanted to party with. Check out some of his funniest moments here: 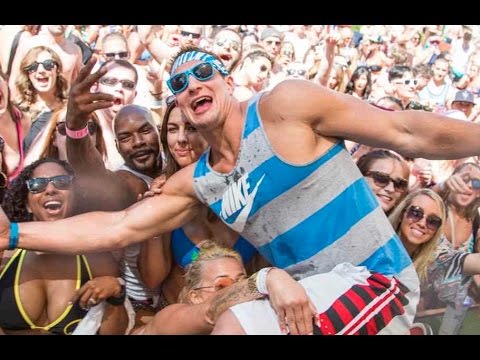 How does that make him an evil genius? Because he used our adoration as a means to an end – publicity.

Upon retiring, Gronk could have worked as a commentator for the network of his choice. A future in pro wrestling would not have been shocking. There was even talk of him becoming the next great action movie star.

He refused to commit to anything long-term. Instead, he continued to lead us on as he promoted one product or event after another.

Rob Gronkowski knows that he is beloved far and wide. Being the deceptively smart guy that he is, he has used that to his benefit.

And it looks like he is doing it again.

If you have been wondering what the Gronkowski clan has been up to, you can find out on their new YouTube channel, The Gronks.

Rob Gronkowski recently revealed to TMZ that he and his brothers have been busy filming material for their new channel.

From this video, it sounds like they are just goofing off and being themselves: 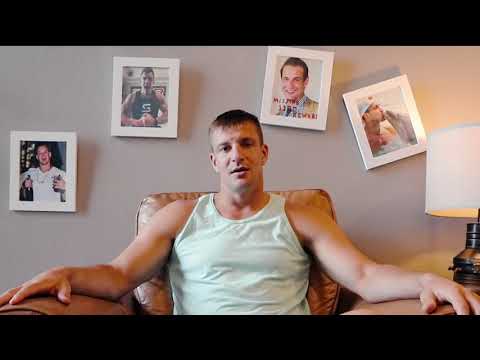 What a coincidence that it went live just in time for the NFL season!

What If This Comeback Is All About the ‘Gronk’ Brand?

Although he has an injury history, Rob Gronkowski was relatively young when he retired. He could conceivably play football at a high level for a few more years.

You’d expect his time away from the game would have allowed him to heal. If he was genuinely serious about playing again, he should be set up to get into the best shape we’ve seen in years. According to this news report, it doesn’t sound like he is:

Bucs coach Bruce Arians isn’t wrong about the Florida heat, of course, but I’m not sure that explains it.

Gronkowski bought a condo in Miami last year. Given that he un-retired and was traded to Tampa Bay in April, he had plenty of time to get in “Florida shape.”

I’m beginning to wonder if when Gronk decided to return to the NFL, football was not his primary concern. His dad already suggested something other than football was the deciding factor.

The bottom line, Rob is back in my opinion because of Tom Brady. I mean, Tom called him, and Tom got in his ear, and I’m sure Rob probably didn’t go out the way he wanted to.

Would someone really return to the NFL just to hang out with his buddy? I’m skeptical – even if it’s very on-brand for Rob Gronkowski.

And that’s what I suspect this comeback is all about. He’s already a lock for the Hall of Fame. The only unfinished business he has is promoting the Gronk brand.