In a video published Thursday, infectious disease scientist Professor Neil Ferguson said coronavirus could be infecting around 50,000 people a day in China. Worse, he estimates the cases will double every five days. Those numbers are baffling. 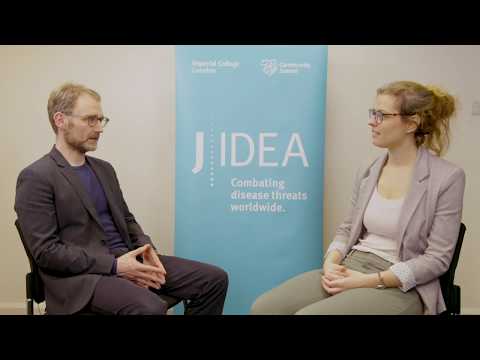 China Doesn’t Have the Resources to Identify Every Coronavirus Case

Ferguson’s model estimates that China has only detected 10% of total coronavirus cases. Judging by the official infection numbers coming out of China, he may be right.

For over a week, China has consistently reported about 3,000 new infections per day. The number has stayed suspiciously constant over the last ten days.

While the number of reported coronavirus cases was growing exponentially during the initial stages, the graph has become linear now.

The steady rate of 3,000 infections a day reveals a very damning prospect about coronavirus’ spread. It suggests that China is detecting cases at the peak of its capacity.

If the rate of new infections were as low as 3,000 per day, the Chinese government wouldn’t have locked down more cities. But that’s exactly what they’ve been doing, suggesting the problem is much bigger than government officials are letting on.

Evidence suggests that the Chinese government doesn’t have the resources to diagnose more cases. This would mean that coronavirus is still growing exponentially.

Health commission director, Lui Yingzi said in a press briefing last week that Hubei province has about 50,000 testing kits in stock. That may not be enough, especially if you consider the deceiving nature of coronavirus.

Jonathan Yu, a Chinese doctor who is tasked with the job of diagnosis, said,

A patient may be found as negative for the first or second test, and then found to be positive the third time. It is like fishing in a pond: You did not catch a fish once, but that does not mean the pond does not have fish.

It seems that China has failed to learn from history. The Spanish Flu, which killed 3.5% of the world’s population, spread like wildfire because of the field hospital setups that had poor hygiene. They turned into hubs of superinfections.

The newly built Chinese field hospitals share an uncanny resemblance to those hospitals.

Horrible conditions of the hospitals also confirm that notion the Chinese government is running low on medical resources.

Rumors are floating around on social media that Shenzhen, a global manufacturing hub, is under lockdown.

While the lockdown isn’t official yet, Shenzhen citizens are already trying to leave the city in hoards.

Even Foxconn has decided to halt all production, and asked its employees not to come to work ‘until further notice’. The situation is so dire that eve when the Foxconn factory restarts, it will also manufacture masks alongside its usual iPhones and other products.

Would the Chinese government shut down major economic hubs across the country if the cases were growing at a rate of 3,000 per day? I don’t think so. Considering all evidence, it certainly looks like the extent of coronavirus’ spread is well beyond what the official data indicate.

We will likely never know the real numbers. But Ferguson’s model looks a lot more reliable than the data provided by the Chinese government.