By CCN.com: The stock market major indices including the Dow Jones are getting shellacked today as the yield inversion in the bond market spooks investors. The yield curve hasn’t been inverted for very long, but because it could be a harbinger of an economic recession historically, it’s enough to send stocks reeling. President Trump isn’t having any of it, taking to his favorite media platform to bemoan the path that the Fed has taken during his administration.

The Great Charles Payne @cvpayne correctly stated that Fed Chair Jay Powell made TWO enormous mistakes. 1. When he said “mid cycle adjustment.” 2. We’re data dependent. “He did not do the right thing.” I agree (to put it mildly!). @Varneyco

He quoted bond strategist Mark Grant, who was a guest on Fox Business, saying: “The Fed has got to do something! The Fed is the central bank of the United States, not the central bank of the world!” For its part, the Federal Reserve has been doing its best to stay out of the stock market conversation, but Trump isn’t making it easy.

Grant further stated that the “Fed’s got to respond to this…[and] step up to protect our economy.”  While a low-interest-rate environment is great for borrowers, it’s not good for investors, and it’s led to an exodus from “risk assets” including stocks. 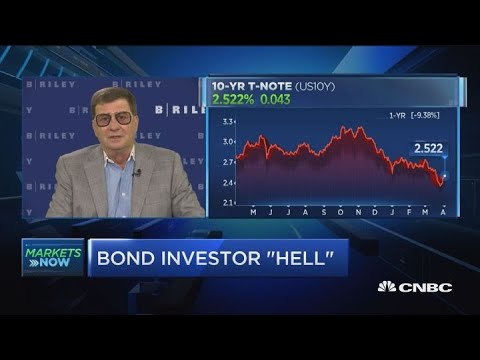 Even if the Fed does give into the president’s not-so-subtle demands and decides to cut rates more aggressively, there’s no guarantee that the stock market will turn bullish. The U.S. and China have yet to reach a trade agreement. While President Trump argues that the $300 billion in tariffs hasn’t trickled down to the consumer, some companies in corporate America, mainly retailers, are saying differently.

“So far, you’ve had Tariffs imposed on 300 Billion Dollars worth of Chinese products, but you can’t tell me that it has hurt our economy…& it really hasn’t led to any kind of serious rise in prices at the consumer level.” @Varneyco @FoxBusiness And we are taking in $Billions!

Macy’s, which is down a whopping 13 percent in today’s trading session, just reported weaker-than-expected earnings. A threat of even higher tariffs in the near future, the latest delay notwithstanding, could reportedly impact earnings further in the coming quarter. Macy’s CEO Jeff Gennette told CNBC:

“The consumer has no appetite for price increases.”

President Trump, on the other hand, has no appetite for anything but a Fed that is both dovish and accommodative, especially when the stock market is down nearly 3 percent.