The idea of creating a new currency outside of national systems is not new or original. There have been electronic cash attempts that have dated back to the 1980s in the U.S., and PayPal was created to be a new online currency. The timing was perfect, as regulations were light for online businesses back then, as the Internet was only ten years old, and regulators were still several years behind the curve. Now, Bitcoin has succeeded in making a new global online currency anyone can use for free, and Peter Thiel has some commentary on its progress.

Legendary investor and PayPal creator Peter Thiel tried and failed to make a Bitcoin-like online currency ten years before Satoshi Nakamoto made it a reality. Instead, he made PayPal a leader in global payments systems and was asked about where Bitcoin stands today versus something like PayPal at the Buttonwood Gathering in New York earlier this month.

“PayPal had these goals of creating a new currency. We failed at that, and we just created a new payment system. I think Bitcoin has succeeded on the level of a new currency, but the payment system is somewhat lacking. It’s very hard to use, and that’s the big challenge on the Bitcoin side.”

Common refrains for new Bitcoin users are it can be difficult to obtain Bitcoin, hard to determine a value for products sold in Bitcoin versus a common currency like the dollar when you use less than 1 BTC, and general unit bias. Opening a Bitcoin account is MUCH easier than opening a PayPal account, even over 15 years after PayPal has established itself. You’d thing they’d figure out how to start a new account in less than a week. Bitcoin will have you up and running the same day.

Regarding Bitcoin as an eventual replacement for a fiat currency like the U.S. Dollar, his view is very simple and pragmatic.

As I’ve stated before, Bitcoin is not designed to replace the U.S. Dollar, especially as a global reserve currency. It could work as a currency for a very small nation, nothing the size of the U.S. Bitcoin is not here to replace dollars, but it is here to make them obsolete like the Internet makes newspapers passe. Smaller nations like Ecuador are working on heading off Bitcoin’s market demand and making centralized electronic monetary systems their vision of the future.

More and more countries struggle with the many inherent flaws of the fiat currency system, massive debt being primary among them. These countries will now start to entertain a non-debt based system like Bitcoin as a way out of that debtor’s prison. It’s not for everybody, but for those governments that believe Bitcoin is here for the long-run and will appreciate as designed, the one that takes the plunge can make out like bandits, if they play their card right. That would symbolize true economic leadership and foresight.

Who’s ready to take that step forward? The way debt-based fiat currency driven economies are crumbling worldwide, we may find out sooner than we think. 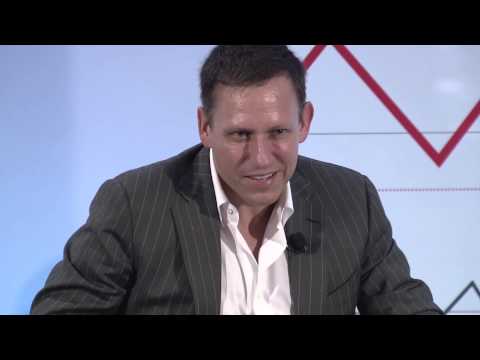 Evander Smart wants to get you talking, get you thinking, get you learning about Bitcoin, "The Future of Money". He has two Bitcoin video training courses on Udemy.com called "Bitcoin for Beginners".