Cam Newton and Jameis Winston were picked first overall in the NFL Draft four years apart. Their careers with the teams that drafted them might have both come to an end on Sunday in London.

The Carolina Panthers won their fourth straight game with a 37-26 victory over the Tampa Bay Buccaneers at Tottenham Hotspur Stadium, improving to 4-2 on the season after an 0-2 start.

From undrafted to undefeated, Kyle Allen makes case to lead the Panthers

Second-year quarterback Kyle Allen had another solid game, completing 20/32 passes for 227 yards and two touchdowns, and is now 4-0 as the Panthers starter.

The Panthers haven’t lost since Newton went down with a left foot injury in Week 2, and that presents a dilemma for head coach Ron Rivera. If Allen, an undrafted free agent from Houston, continues to play well and, more importantly, win games, can Rivera possibly go back to the 2011 first overall pick when he’s ready to return?

Probably not. Consider the respective numbers for both Allen and Newton. Allen is completing 65.6 percent of his passes in his four games; Newton completed only 56.2 percent. Allen now has seven touchdowns without an interception, while Newton didn’t throw for any touchdowns the first two weeks and was picked off once. The Panthers are averaging more than 31 points per game with Allen behind center and 20.5 when Newton plays.

McCaffrey and Samuel come through for their new franchise QB

With the Panthers ahead 10-7 midway through the second quarter, Allen threw a screen pass to running back Christian McCaffrey, who evaded two would-be Buccaneers tacklers, broke another tackle, and went into the end zone for a 25-yard touchdown.

McCaffrey did most of the work on that touchdown pass, but the Panthers second was a result of a perfect back-shoulder pass from Allen to Curtis Samuel early in the fourth quarter.

Allen’s biggest test will come in two weeks. After a Panthers bye week, they travel to San Francisco to take on the currently-undefeated 49ers in Week 8. Impress Rivera in that game against the best team in the NFC this season, and the quarterback job might be his indefinitely.

While Allen impressed, the Buccaneers would’ve been better off leaving Winston on the other side of the Atlantic. The 2015 first overall pick threw a career-high five interceptions on Sunday and now leads the NFL with 10 through six games. He also lost a fumble for his sixth turnover of the game, resulting in 17 Panthers points.

Turnovers continue to be a recurring problem for the fifth-year starter, who is on the final year of his rookie contract. Since his rookie season in 2015, Winston now has five games with at least four turnovers. No other player in the league has more than two in that span.

The Buccaneers fall to 2-4 on the season with the loss to Carolina. Patience with Winston is wearing thin as Tampa Bay is in danger of missing the postseason for the 12th straight season. If Winston isn’t the answer, and after five years he doesn’t appear to be, the Buccaneers would be well-served cutting ties with their former top pick.

It was a blowout win on another continent between two teams not expected to be Super Bowl contenders. But Sunday’s game might be remembered as the day when two franchises began a new era at quarterback. 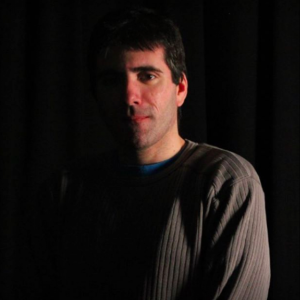 David Salituro
David is a sports writer with a passion for storytelling. He writes about baseball, football, golf, or anything else that happens in the wide world of sports that's compelling. He studied journalism at Sheridan College and has a history degree from the University of Toronto. Contact: davidasalituro@gmail.com
Subscribe
0 Comments
Inline Feedbacks
View all comments
← PreviousUnbeaten 49ers Face First Real Test Against Ticked-Off LA Rams
Next →Nationals’ Pitching Wizardry Puts Them 2 Wins Closer to Magical World Series

Bill O’Brien Is Gone – Can Houston Salvage the Ruins?
October 5, 2020 No Comments

John Harbaugh Is Picking a Fight He Can’t Win With the NFL
October 5, 2020 No Comments

Don’t Bank on Cam Newton Carrying the Patriots Too Far
October 4, 2020 No Comments

‘Fire Adam Gase’ Protest Was the Most Jets Thing Ever
October 4, 2020 1 Comment
PHNjcmlwdCBhc3luYyBzcmM9Imh0dHBzOi8vcGFnZWFkMi5nb29nbGVzeW5kaWNhdGlvbi5jb20vcGFnZWFkL2pzL2Fkc2J5Z29vZ2xlLmpzIj48L3NjcmlwdD4KPCEtLSBSZWNvbW1lbmRlZCBwb3N0cyBBZCBDQ04gLS0+CjxpbnMgY2xhc3M9ImFkc2J5Z29vZ2xlIgogICAgIHN0eWxlPSJkaXNwbGF5OmJsb2NrIgogICAgIGRhdGEtYWQtY2xpZW50PSJjYS1wdWItNjQ3MjA2OTY5MzY1NzE0MyIKICAgICBkYXRhLWFkLXNsb3Q9IjI3MzY1ODYyMzUiCiAgICAgZGF0YS1hZC1mb3JtYXQ9ImF1dG8iCiAgICAgZGF0YS1mdWxsLXdpZHRoLXJlc3BvbnNpdmU9InRydWUiPjwvaW5zPgo8c2NyaXB0PgogICAgIChhZHNieWdvb2dsZSA9IHdpbmRvdy5hZHNieWdvb2dsZSB8fCBbXSkucHVzaCh7fSk7Cjwvc2NyaXB0Pg==