The West Texas Intermediate (WTI) benchmark for U.S. crude futures fell 3.4% to $49.69 a barrel on the New York Mercantile Exchange. The contract came within 19 cents of 52-week lows.

Crude prices are down more than 20% from their most recent highs set in January, meeting the technical definition of a bear market.

The International Energy Agency has warned that the Wuhan coronavirus outbreak could send oil prices sliding even further as global demand wanes.

We certainly see the lowest oil demand growth in the last 10 years and we may need to revise it …downwards.

In addition to the IEA’s forecast, the World Economic Forum cited falling oil demand as one of the biggest economic effects of the coronavirus outbreak.

Economists polled by Reuters earlier this month said they expect China’s economy to grow just 4.5% in the first quarter, down from 6% in the final three months of 2019. That would mark the slowest pace of expansion since the financial crisis. 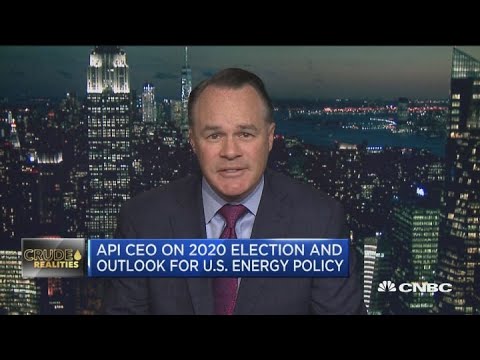 Despite the downward pressure on oil prices, the black commodity tends to rebound after viral outbreaks, according to the president of the American Petroleum Institute (API).

In an interview with CNBC, API President and CEO Mike Sommers said:

… we also look at the history of such viruses so if you go back and look at the SARS virus that was really a couple of quarters that were affected and oil prices rebounded after SARS epidemic receded.

Sommers said he expects a similar bounce as the threat of coronavirus weakens over time.

The flu-like disease has infected 80,400 people in over 30 countries and territories, according to official figures. The death toll has reached 2,708, with the vast majority concentrated in Hubei mainland China.