During this dark time, video games are an escape for many people. The Nintendo Switch is probably one of the best systems out there for that escapism. It has so many cute, calm, and peaceful games. Not only that, but it allows other family members to keep using the TV while in handheld mode.

Unfortunately, there is a bit of a Switch shortage right now. It’s almost impossible to get your hands on one of Nintendo’s elusive consoles. Not helping matters is the large number of scummy scalpers who are using a bot to buy up Switches before anyone else can get their hands on one.

The Price of a Nintendo Switch Has Skyrocketed

If you go looking for a Nintendo Switch online right now you’ll be in for a nasty shock. On eBay, they’re currently going for upwards of $400 dollars. The worst part is exactly how a lot of these Switches ended up on the second-hand market.

According to Vice, a new bot known as “Bird Bot” is causing the Switch shortage to get even worse. Scalpers are using the bot to buy out the stock of new Nintendo Switches as soon as they come in.

These scalpers then proceed to resell the consoles at inflated prices, all to make a profit from desperate gamers. Surely there can be nothing worse than taking advantage of a product shortage at a difficult time like the current COVID-19 crisis. 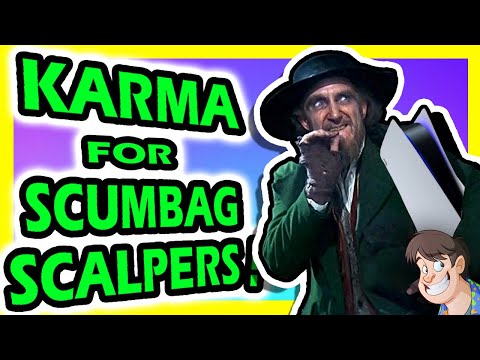 This Sort of Behavior Should Not Be Supported or Encouraged

I know it’s probably tempting to pay the inflated prices. If you’ve got the money and someone at home who is begging for a Nintendo Switch, then it might be hard to ignore their availability. But, if you can possibly hold out then you really should.

If we keep supporting people doing this sort of stuff then those behind it will keep getting away with it. Normal price scalping is bad enough, but using a bot to swipe up as much stock as possible is just a pure scumbag move.

Something really needs to be done to stop this. Maybe storefronts could take some precautions to prevent bots from being used with their services. Surely it must be possible to prevent this from continuing? Everyone deserves the chance to get a Switch for a fair price. Not just money-hungry scumbags.