The Dow and broader U.S. stock market are surging once again after the United States and China secured a partial trade deal that avoids the escalation of further hostilities between the two superpowers.

For all the hype surrounding “phase one” trade agreement, the U.S. and China remain far apart on most of the hotly debated issues that have prolonged the tariff war for the past 15 months. If we follow the money, we can quickly see that investors are preparing for the worst. Activity in one segment of the financial markets – namely, money market funds – foretells a punishing reversal for stocks in the very near future.

Over the past six months, money market funds have pulled in a whopping $322 billion, marking the highest accumulation phase since the second half of 2008. As CNBC notes, the total assets held in money market funds is fast approaching $3.5 trillion.

Money market funds provide access to short-term capital for businesses, banks and government entities. In doing so, they ensure fund issuers have adequate liquidity to continue funding operations. As an investment, a money market fund operates as a mutual fund that invests in U.S. Treasurys, repurchase agreements, certificates of deposit (CDs), commercial paper and other investments with a high credit quality.

These types of funds have seen inflows every month this year except for April, which suggests that investors are preparing for volatility in other segments of the market. Concerns about trade, recession and geopolitics have all undermined investor sentiment this year. The Federal Reserve’s emergency cash injection into the financial system, which is still ongoing, is a strong indication that all is not right in the financial system. 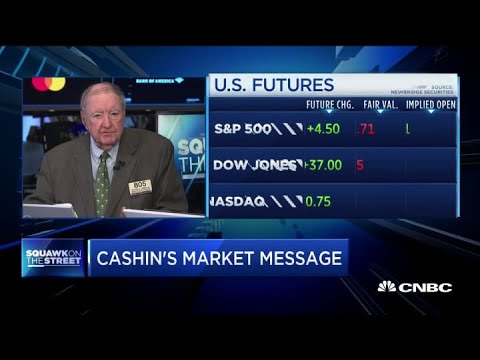 The level of volatility in the market today pales in comparison to what we saw in 2009 when the CBOE VIX soared to record levels that have yet to be broken. The most noticeable similarity between the two periods is in the bond market.

Closely-watched Treasury yields inverted this year for the first time since 2007, sending a powerful signal that recession was on the horizon. When the 2-year and 10-year yields invert, recession usually follows 22 months later.

With nasty trade-war headlines on the back burner, investors must still contend with a myriad of issues facing the global financial markets. Chief among them include a weakening U.S. economy, Europe and Japan teetering on the brink of recession and the declining state of American and Chinese manufacturing. Britain’s rocky exit from the European Union and instability in Hong Kong are also in focus.

These and other risks have been priced into the market, as evidenced by the performance of the S&P 500 and Dow Jones Industrial Average over the past 12 months. Over the past year, the major indexes  have returned just 7% and 5%, respectively.