Maya Moore is a married woman.

The former WNBA star, who left the league to focus on her ministry and prison justice reform, has announced that she married Jonathan Irons in a private ceremony a few months ago.

While Moore ended up leaving the WNBA, she’s proof that the league needs more respect than it’s currently getting.

Maya Moore Made The Announcement On ‘Good Morning America’

In a bombshell announcement that almost immediately went viral, Maya Moore joined her new husband on this morning’s episode of “Good Morning America.”

We wanted to announce today that we are super excited to continue the work that we’ve been doing together, but doing it as a married couple. We’re excited to just continue this new chapter of life together.

You can see a video of their full announcement below. 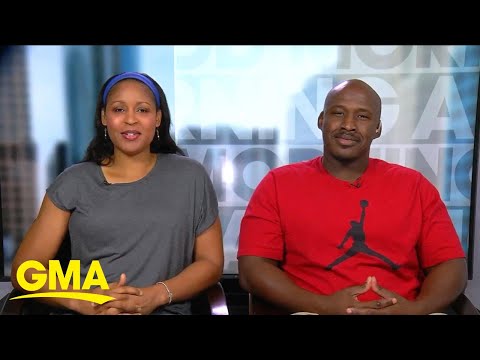 Moore went on to say that she met Irons — who was serving a 50-year sentence for a crime, it turns out, he didn’t commit — while she was working a prison ministry program.

But what’s most interesting about all of this is that Maya Moore left the WNBA a year ago — and no one noticed it until she made this announcement.

The WNBA Deserves Your Respect

Last year, Maya Moore — who had already established herself as a WNBA legend — announced she was leaving the league to focus on her ministry and for prison reform. Interestingly, her main cause celebre was none other than Irons’ case, which inspired her to establish a non-profit organization to help other wrongfully convicted people.

Let’s bear in mind that, potential controversy aside, Moore did all this at a time when social justice causes weren’t as much in the forefront as they are today. Before #BlackLivesMatter, Moore walked the walk and talked the talk. She didn’t seek attention — she sought respect.

And the WNBA is filled with women like her. Maya Moore is just one of many reasons why the league should get more respect — and money — than it’s currently getting.