When the Orlando Magic traded for Markelle Fultz last season, many fans were probably thinking things like, “WTF” but with more colorful and NSFW words involved. They didn’t have to give much up to get him (Jonathan Simmons and two draft picks). But didn’t the team know?

Brace Yourself for a Pointless Markelle Fultz Hype Video

His struggles were well documented during his time with the Philadelphia 76ers, and the subject of much debate. How much of the problem was his shoulder injury? How much of it was mental? Fultz, of course, puts it all on the shoulder injury.

But there were also some issues with his shooting coach and a drastic change to his motion. Whatever the problem, the Magic have posted a video to Twitter geared towards getting us to believe one thing.

Markelle Fultz does not have a problem with his shot anymore.

In case you were wondering what Markelle's been up to… pic.twitter.com/3RE39oLN51

Okay—it is a nice video. It was well-produced, the soundtrack was nice, and it is evidence that Fultz has been putting in some work during the offseason. But from it, can we tell anything about his shot?

No, of course not!

Where’s the Proof He Even Made a Shot? 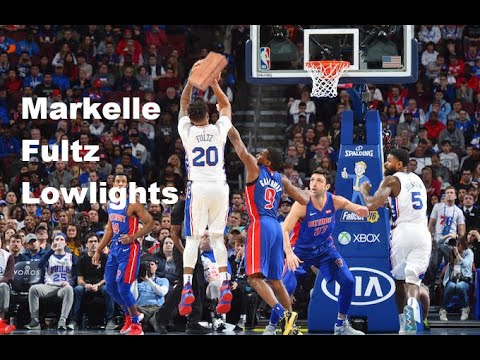 It is wonderful to see him working out and getting stronger, but the Magic do not show him shooting the ball while being defended.

If a pro-HORSE league ever forms, he might have a chance. But that is not basketball. There is so much more to being an NBA player than appearing to hit a few shots during a shoot-around.

More to the point: We don’t actually see a shot leave his hands and go into the basket without the ball leaving the screen!

It looks like he had a fun summer, and it seems like he might finally be healthy. But can Markelle Fultz shoot now? He’s medically cleared for camp and is ready for action. If he can make it through the preseason injury-free, we’ll find out when the season starts if he can shoot.