Dogecoin has spiked by over 100% in two days thanks to a viral TikTok challenge, yet the rally is basically a pump-and-dump scheme.

The price of “joke” cryptocurrency Dogecoin has spiked by 108% in two days after a viral TikTok challenge encouraged users to pump its price.

Trading volumes for the semi-popular fork of Bitcoin spiked by almost 700% as a result. Dogecoin is trending all over Twitter.

Dogecoin is still a ‘sh**coin’. It’s an inflationary cryptocurrency with few of the strengths of Bitcoin. Its current pump is basically an informal Ponzi scheme, with the instigators likely to profit bigly and latecomers very likely to flush money down the toilet.

The Internet Goes Mad For Dogecoin

Around five days ago, the #DogecoinTiktokChallange began trending on TikTok. Videos urged TikTok users to go out and buy Dogeoin.

The cryptocurrency was (and still is) dirt-cheap, so the assumption was that a concerted effort from TikTok users could pump it to $1.

Let’s all get rich! Dogecoin is practically worthless. There are 800 million TikTok users. Invest just $25. Once the stock hits $1, you’ll have 10 grand. Tell everyone you know.

Dogecoin’s 24-hour volume has also skyrocketed. According to CoinMarketCap, it reached just over $800 million early this morning. Having been only $100 million on Monday, this is a jump of 700%.

This dizzying rise has unsurprisingly turned more than a few heads online.

With the #Dogecoin hashtag trending on Twitter, speculative mania and FOMO is getting the best of people’s better judgment.

Prepare to Get Dumped

Despite this connection to Bitcoin, Dogecoin offers few of its strengths. It doesn’t have a supply-cap, so it’s an inflationary cryptocurrency. Back in 2014, founder Jackson Palmer announced an annual inflation of 5 billion DOGE. 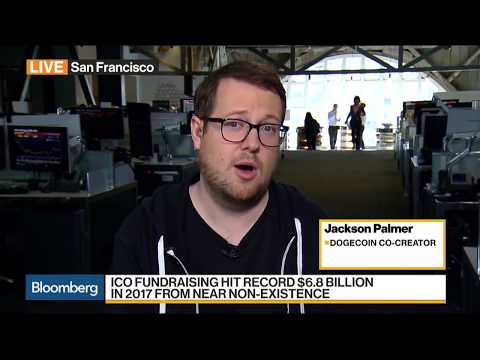 Its value will, therefore, diminish over time, undermining any notion that it could serve as a store of value. So what is it good for? Payments? Nope.

The pump is already ending. Soon Dogecoin will return to its pre-pump value.

This is inevitable. The #DogecoinTikTokChallenge is based solely on the premise of “getting rich” quick. It’s not based on the premise of holding onto dogecoins for the long-term because they’re inherently useful or valuable. People are buying dogecoins only so they can sell them later and make an easy buck.

When everyone entering the Dogecoin market is doing this, it can only end with a crash. Those who entered and exited early may make a profit. Those who naively followed the herd and bought late will lose money.