The Premier-League-or-bust mindset made sense at the start of the season. Less so now. Liverpool are so far clear at the top of the table that they can afford to turn their attention elsewhere.
PHNjcmlwdCBhc3luYyBzcmM9Imh0dHBzOi8vcGFnZWFkMi5nb29nbGVzeW5kaWNhdGlvbi5jb20vcGFnZWFkL2pzL2Fkc2J5Z29vZ2xlLmpzIj48L3NjcmlwdD4KPCEtLSBUb3AgQXJ0aWNsZSBDQ04gLS0+CjxpbnMgY2xhc3M9ImFkc2J5Z29vZ2xlIgogICAgIHN0eWxlPSJkaXNwbGF5OmJsb2NrIgogICAgIGRhdGEtYWQtY2xpZW50PSJjYS1wdWItNjQ3MjA2OTY5MzY1NzE0MyIKICAgICBkYXRhLWFkLXNsb3Q9IjU4NDY0ODIyMjMiCiAgICAgZGF0YS1hZC1mb3JtYXQ9ImF1dG8iCiAgICAgZGF0YS1mdWxsLXdpZHRoLXJlc3BvbnNpdmU9InRydWUiPjwvaW5zPgo8c2NyaXB0PgogICAgIChhZHNieWdvb2dsZSA9IHdpbmRvdy5hZHNieWdvb2dsZSB8fCBbXSkucHVzaCh7fSk7Cjwvc2NyaXB0Pg==

Jurgen Klopp has not been backward in coming forward. The Liverpool manager is no fan of English football’s calendar, and he has not been shy in broadcasting that opinion in recent weeks.

Most controversial was his decision not to turn up to Tuesday’s FA Cup fourth-round replay against Shrewsbury. Klopp was not impressed by the timing of the fixture. After all, Liverpool were supposed to be on the winter break. He responded by sending the club’s Under-23s to compete in place of the first team.

Inspired by Curtis Jones, Liverpool won 1-0. They are through to the fifth round of the competition. There will be no more replays from here on in. For that reason, Klopp should save his protests for later. Right now, there is a treble to be won. 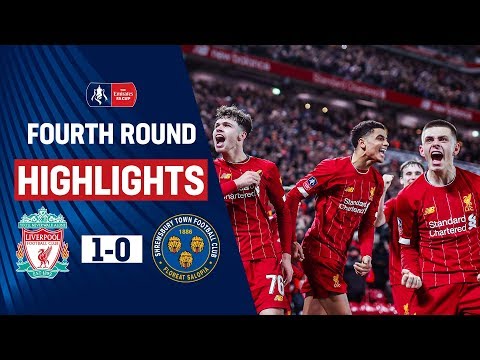 Klopp will not admit it any time soon, but the Premier League title race is over. Liverpool are 22 points clear at the summit of the standings. Manchester City will not catch them. Even Pep Guardiola has conceded as much.

Liverpool fans continue to insist that the Premier League is all that matters to them this term. That is understandable. They have not won the championship since 1990. The likes of Virgil van Dijk, Sadio Mane, Roberto Firmino, Mohamed Salah and Trent Alexander-Arnold had not even been born the last time Liverpool got their hands on the trophy. Jordan Henderson, the current club captain, was a few weeks old.

The Premier-League-or-bust mindset made sense at the start of the season. Less so now. Liverpool are so far clear at the top of the table that they can afford to turn their attention elsewhere. 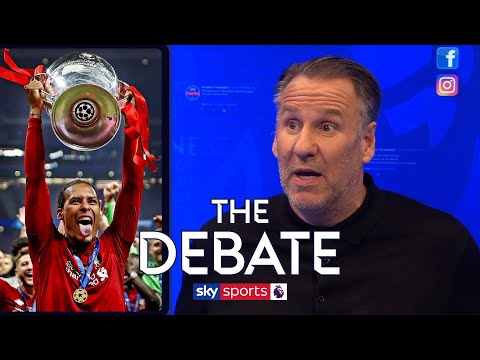 Are Liverpool the greatest?

Many contend that Liverpool are already the greatest Premier League team in history. It is too early to say that for certain. But we have certainly never seen this level of dominance before. The Reds have won 24 of their 25 matches. They are collecting an average of 2.92 points per game.

Manchester City currently hold the all-time points record. They amassed 100 in 2017/18. Liverpool are currently on course to accumulate 110.

Klopp’s side also look set to beat Arsenal’s record of 49 games unbeaten. It is now 42 top-tier tussles since Liverpool lost. They will become the first side in English history to reach a half century if they avoid defeat by each of Norwich, West Ham, Watford, Bournemouth, Everton, Crystal Palace, Manchester City and Aston Villa in the coming weeks. 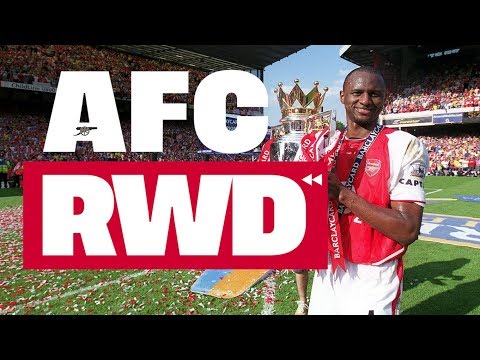 Treble in their sights

However, unless Liverpool win the Premier League, Champions League and FA Cup this season, there will always be an argument against them being the best English team of the modern era.

In 1998/99 Manchester United added all three of those trophies to their cabinet. True, they only won the Premier League title by a solitary point. And they collected just 79 in total, six more than Liverpool have after 13 fewer games.

But Alex Ferguson’s men bettered the rest of Europe as well as their domestic rivals. United overcame Inter, Juventus and Bayern Munich in the knockout phase of the Champions League. They succeeded in balancing three competitions simultaneously.

Liverpool have a chance of replicating that achievement this season. They should not pass it up. With the league title virtually in the bag, it is time for Klopp’s side to divert their attention elsewhere. If they were to win the treble this campaign, they would indisputably be the greatest Premier League team of all.

Greg Lea
I am a football writer based in London, the United Kingdom, and I cover sports for CCN. I have had work published by FourFourTwo, The Guardian, ESPN and Goal.com, and was previously the editor of The Set Pieces. My email address is gregmlea@mail.com.
Subscribe
0 Comments
Inline Feedbacks
View all comments
← PreviousLionel Messi and Ronaldo Together? Their Egos Wouldn’t Allow It
Next →Juventus Desperately Need Pogba Just as Much as Manchester United

Liverpool’s Arrogance Will Cost Them Their Premier League Crown
October 5, 2020 No Comments

The 4 Favorites, and 1 Dark Horse, to Win the 2020-21 Champions League
October 2, 2020 No Comments
PHNjcmlwdCBhc3luYyBzcmM9Imh0dHBzOi8vcGFnZWFkMi5nb29nbGVzeW5kaWNhdGlvbi5jb20vcGFnZWFkL2pzL2Fkc2J5Z29vZ2xlLmpzIj48L3NjcmlwdD4KPCEtLSBSZWNvbW1lbmRlZCBwb3N0cyBBZCBDQ04gLS0+CjxpbnMgY2xhc3M9ImFkc2J5Z29vZ2xlIgogICAgIHN0eWxlPSJkaXNwbGF5OmJsb2NrIgogICAgIGRhdGEtYWQtY2xpZW50PSJjYS1wdWItNjQ3MjA2OTY5MzY1NzE0MyIKICAgICBkYXRhLWFkLXNsb3Q9IjI3MzY1ODYyMzUiCiAgICAgZGF0YS1hZC1mb3JtYXQ9ImF1dG8iCiAgICAgZGF0YS1mdWxsLXdpZHRoLXJlc3BvbnNpdmU9InRydWUiPjwvaW5zPgo8c2NyaXB0PgogICAgIChhZHNieWdvb2dsZSA9IHdpbmRvdy5hZHNieWdvb2dsZSB8fCBbXSkucHVzaCh7fSk7Cjwvc2NyaXB0Pg==