It seems the discussion around Lionel Messi and his footballing future will be a source of constant speculation over the next few months.

He’s currently contracted to Barcelona until the end of June next year, but there is reportedly a clause in his deal that would allow him to walk away for free this summer. 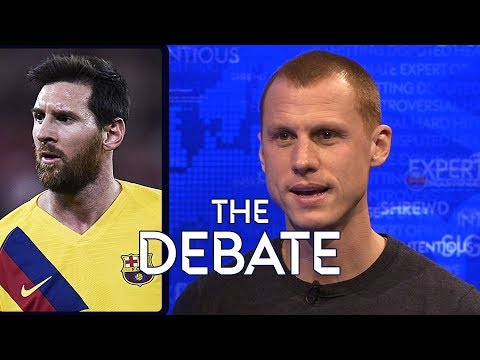 If Lionel Messi decides to move, where could he go?

Realistically, there are a handful of teams who could hope to match his current $33 million per year contract, or even improve upon it.

If a move came about, it’s highly likely he’d end up at one of Manchester United, Manchester City, Inter Milan, Paris Saint-Germain or Juventus.

Although many fans deem City to be his most likely destination, despite Pep Guardiola playing such an idea down, the most intriguing has to be Juventus.

🗣"My wish is for him to stay in Barcelona. He will finish his career there" pic.twitter.com/l8gkaPQXzm

The very idea of having a team that includes both Cristiano Ronaldo and Lionel Messi seemed like the stuff of fantasy football dreams not so long ago.

Now it could become a reality, according to reports.

Ronaldo’s move to the Italian giants in 2018 came as something of a shock, with the Turin club paying a fee of $110 million, and a yearly contract of $35 million.

His current deal will see him remain at the club until the summer of 2022.

Ronaldo and Messi may seem like fantasy football, but it would quickly become a nightmare

Let’s put aside the dreamy fantasy of having Lionel Messi and Ronaldo line up together on the same team. That’s fine when you’re playing FIFA video games, but in real life, it doesn’t quite work like that.

The competitive nature of Ronaldo and Messi’s relationship was there for all to see when they were playing in the same league. Can you imagine if they were sharing a dressing room?

Neither man’s ego could allow the other to get the upper hand.

If Messi becomes subject to a contractual bidding war of sorts and eventually signed for Juventus for a yearly salary of more than $35 million, things could get ugly. Would Ronaldo be looking to renegotiate his deal? Or would he be happy enough to accept less than his rival?

These two players could not co-exist together

The competitive nature of both wouldn’t allow it to happen. They have both become used to being the main focus at the clubs they play at, and that would prove problematic.

Ronaldo and Messi are continually competing in every aspect. Even if the players themselves aren’t too focused on it, the media ensures there is a heated rivalry in every aspect.

Who has the most Ballon d’Or wins? The biggest contract? Who earns more from sponsorships? Who scores the most goals? The most social media followers?

As much as football fans would love to see this combination happen, it would just be too much for one club and one dressing room to handle.