Giannis Antetokounmpo of the Milwaukee Bucks made history Friday when he captured his second consecutive NBA Most Valuable Player trophy. He became just the third player in league history to be named MVP and Defensive Player of the Year in the same season. While you’d be hard-pressed to find anyone saying Antetokounmpo doesn’t deserve the award, the lopsided nature of the vote was surprising.

For his part, MVP runner-up and Los Angeles Lakers star LeBron James said he was “pissed off” when he discovered he had only captured 16 of a possible 101 first-place votes, with the “Greek Freak” receiving the remaining 85.

He’s not wrong, either. The MVP debate was precisely that–a debate without an obvious winner. James’ 2019-20 campaign was a historically great one for a player of his (or any) age; one that warranted a significantly higher level of consideration from voters.

Make no mistake about it–Antetokounmpo’s season was historically great as well. He averaged nearly 30 points, 14 rebounds, and six assists per game and led the association in win shares. He led the Bucks to the NBA’s best regular-season record at 56-17.

However, one has to consider the effect of playing in a weaker Eastern Conference here.

While nobody in the league can truly guard the Greek Freak, there are far fewer teams that can contain him in the East, which is mostly populated by mediocre clubs.

There’s a reason why only nine teams from the conference were invited to participate in the NBA bubble, compared to 13 from the West. Outside of the Bucks, Boston Celtics, Toronto Raptors, and Miami Heat, every roster in the conference is flawed.

Antetokounmpo and the Bucks were able to cruise throughout the campaign while James and Co. battled the best of the best on an almost nightly basis. The very instant the Bucks were met with a legitimate adversary in the Heat during the second round of postseason play, they were throttled 4-1.

Watch the NBA on TNT crew discuss the Bucks-Heat series below: 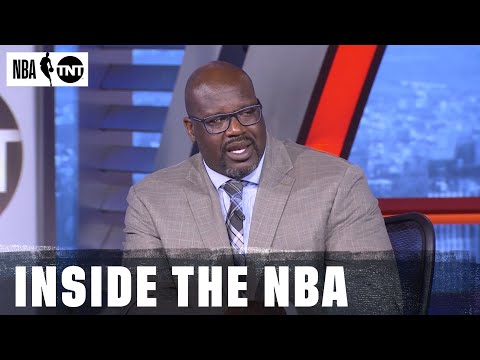 Although James has always been a brilliant passer, his ability to further evolve his game and become the NBA’s assist king to benefit the Lakers’ other personnel this season is unprecedented. It turns out you can teach an old dog new tricks, as long as that dog is the best one in the pack. Watch the video: 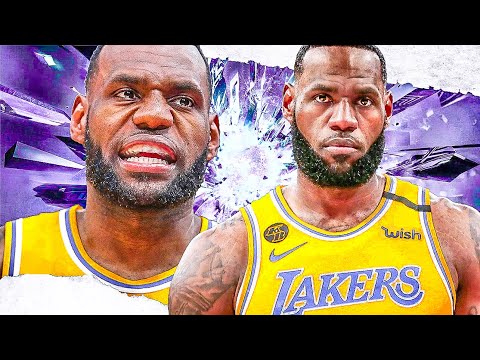 On the whole, though, what James did at his age is something that not even Michael Jordan could pull off as he was winning title No. 6 in his mid-30s. For the year, he put up 25 points, a league-leading ten assists, and eight rebounds per game; that’s a near triple-double every time out.

The incredible thing is that even as he “slows down,” James has no clear holes in his game. Sure, his three-point shot was middling at just under 35%, but opponents still had to respect it, especially in the big moments. Barring that, there was virtually no weakness in James that opponents could even hope to exploit.

The same can’t be said for Antetokounmpo, who, for all his greatness, has some pretty clear deficiencies as a shooter.

During the regular season, the MVP connected on just 30% of his triples, continuing a career-long struggle to shoot from deep. As a result, 64.2% of his shot attempts came from within 10 feet of the basket, compared to half for LeBron. While a shot at the tin is still the best shot in basketball, James continues to score from all over the court.

Antetokounmpo couldn’t be trusted at the charity stripe, either, making just 63% of his foul shots.

During his comments about the MVP voting on Friday, James said voters get caught up in the storylines of the league as opposed to carefully considering what happens on the floor:

I don’t know how much we are really watching the game of basketball or are we just in the narration mode…the narrative.

Again, he’s not wrong. While James continues to own the hardwood in the present, he’s also a significant piece of the league’s past.

Antetokounmpo, meanwhile, is the future. He’s the shiny new thing on the shelf, while James carries the wear and tear of almost two decades of excellence. James’ story has essentially been written, while Antetokounmpo’s has just begun, and the MVP voters get to be part of it.

No one can argue that Antetokounmpo isn’t a generational talent coming off an all-time great campaign. But James has been historically great, too, and there’s a reason his team looks to be on the path to an NBA title while the Bucks (who arguably had the more complete roster) are on vacation.

I would probably be pissed off too if I had been overlooked like LeBron James was by so many voters.