NASCAR racer Kyle Larson completed a streaming rite of passage this weekend when he used the N-word during a Twitch stream.

During an iRacing.com event, he asked if other players could hear him. To get their attention, he said, “hey n—-r.” 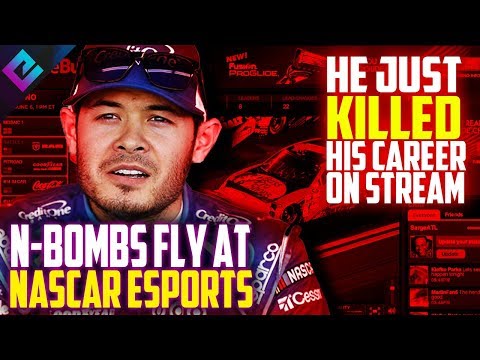 It didn’t take long for NASCAR, or Larson’s sponsors, to respond. NASCAR issued a statement on Twitter confirming the racer’s suspension, saying that it “does not tolerate the type of language” used by Larson in the stream.

Larson’s team, Chip Ganassi Racing, also said that it was suspending the racer without pay and that the language is “offensive and unacceptable.”

The repercussions didn’t end there, though, as Larson, who is Japanese-American and was part of NASCAR’s Drive for Diversity program, was dropped by several sponsors. In statements given to NBC Sports, McDonald’s and Credit One Bank confirmed that they were ending their sponsorship with the racer. The streamer has apologized on Twitter.

While few are upset to see Larson be punished for what he did, gamers seem to be bemused by the whole thing. Many are jokingly calling Larson’s use of the N-word an “epic gamer moment.” Epic gamer moment is how some streamers who have also said the N-word during streams have tried to defend themselves.

There also seems to be a joke that this officially makes Larson part of the Twitch streaming community. Streamers like Ninja and Tfue have used the N-word in streams, somehow forgetting that thousands of people are watching and listening. Streamers don’t always get dropped by their sponsors like Larson, which is the only thing that makes him different from Twitch’s most popular streamers.