JPMorgan Takes Another Shot at Bitcoin, Claims Mining Isn’t Worth the Value of the Cryptocurrency

By CCN.com: A report by JPMorgan suggests that for over four weeks during the fourth quarter, bitcoin’s market price was lower than its mining costs on average.

According to the JPMorgan analysts, the cost of mining bitcoin during Q4 was averaging about $4,060 around the world, Bloomberg reports. According to them, starting late November when the price of bitcoin went below $4,000, it became uneconomical to mine bitcoin.

Bitcoin Price Still Below the Globe’s Average Cost of Mining

Currently, bitcoin is trading at around the $3,650 level after falling off the $3,700 resistance level which it touched earlier.

Chinese miners were the exception though as they incurred lower mining costs. On average Chinese miners spent approximately $2,400 to mine one bitcoin:

The drop in Bitcoin prices from around $6,500 throughout much of October to below $4,000 now has increasingly pushed margins further and further negative for just about every region except low-cost Chinese miners.

Bitcoin miners in the world’s second-largest economy achieved this by directly buying electricity from power generators with excess production. Some of these power generators include aluminum smelters. 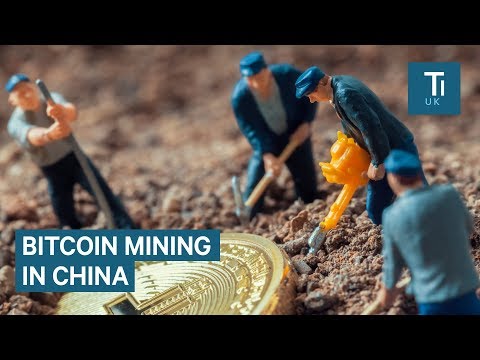 Additionally, the analysts have estimated that bitcoin’s marginal mining cost would go below $1,260 if only Chinese miners remained.

This level of capitulation is yet to happen though according to the analysts. However, the number of miners based in low-cost regions such as the Czech Republic, Iceland and the U.S. has grown.

Earlier this week, JPMorgan also released another report indicating that bitcoin’s price could crash below $2,000 if bearish conditions persist. Specifically, JPMorgan analysts expect bitcoin’s price to fall to as low as $1,260 if the bear market doesn’t go away.

Bitcoin’s not the Digital Gold Anymore?

At the same time, the analysts said that bitcoin didn’t have any real value. The analysts argued that bitcoin would only make sense if investor’s faith in gold and the U.S. dollar was eroded:

Even in extreme scenarios such as a recession or financial crises, there are more liquid and less-complicated instruments for transacting, investing and hedging.

In December, JPMorgan also issued a research note which indicated that the crypto bear market was turning off institutional investors.

At the time, JPMorgan’s global market strategist Nikolaos Panigirtzoglou said that interest in bitcoin futures was declining with the fall in cryptocurrency trading volumes.