The economy has finally reopened, and everything is getting back to normal, right? Wrong.

Despite the lifting of travel and movement restrictions, the U.S. economy is still in historically lousy shape.

On Tuesday, the Labor Department reported that 1.106 million Americans filed new unemployment claims–the first time this number has been above 1 million in weeks.

This news comes as the government rolls out its new bonus $300 unemployment benefit to 28.1 million jobless Americans. Will this be enough to shore up consumer spending and keep the stock market at record highs?

A Third-World Country With a Gucci Belt

American-style capitalism is working. But despite its economic might, the U.S. is dramatically underperforming its peers in controlling (and recovering from) the coronavirus pandemic. Unemployment remains persistently high, even has other industrialized countries begin to normalize.

Germany’s unemployment rate is 6.2%, China’s is 5.7%, and the British boast 3.9%. Meanwhile, the U.S. unemployment rate stands at 10.2%–similar to countries like Brazil and Egypt. This is because, instead of paying companies to keep workers on the payroll, the U.S. decided to let them get fired and instead boosted unemployment benefits.

This created an incentive for companies to fire workers–and for jobless people to not look for work. Now, the country is dealing with the fallout from this shortsighted policy. Watch the video below to see why unemployment is so bad in the United States. 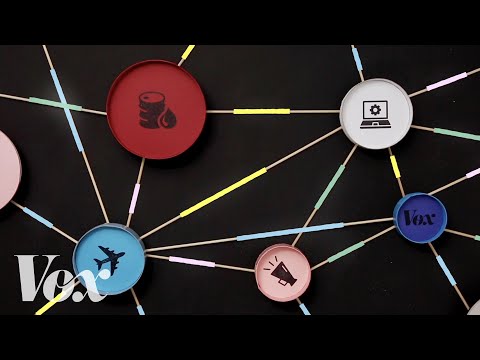 How Will Joblessness Impact the Stock Market?

The stock market is trading near record highs despite the turmoil in the real economy, and this should be a red flag for investors. While consumer spending holds steady as long as unemployment benefits and stimulus remain, there is significant uncertainty about what will happen when the punch bowl is removed.

According to Walmart, America’s biggest retailer, consumer spending dropped as soon as the first stimulus checks ran out.

Walmart’s CFO Brett Biggs had this to say:

Stimulus was definitely impactful to the consumer in the second quarter, and we’re watching what’s going on in Washington, and how we’re going to progress with a new stimulus package.

Consumer spending represents roughly 68% of U.S. GDP. And while this most directly impacts retail stocks like Walmart and Target, it could eventually hit big tech as people cut down on luxuries like Netflix and Amazon Prime subscriptions or upgrading to the latest iPhone.

The good news is that the Trump administration has extended the enhanced unemployment benefits. But Congress remains gridlocked about additional $1,200 cash payments. This is a significant overhang for the stock market going forward.