By CCN.com: Bitcoin billionaire and former Bitmain CEO Jihan Wu is set to launch a new crypto trading platform next month that could eventually be granted a monopoly by the Chinese government.

Wu’s project, called Matrix, will be a custody and trading firm with substantial ties to Bitmain, one of the world’s largest crypto mining conglomerates. The news was first reported by The Block.

It was assumed that Wu left Bitmain in disgrace upon his replacement as CEO in early January. Wu oversaw the company during its ill-fated filing for an initial public offering (IPO).

Instead of generating billions in the sale, the company reported losses of $500 million in Q3 2018, prompted by falling crypto prices and questionable investments. The financial disaster all but killed interest in the IPO, and Bitmain was forced to allows its bid to expire in March.

However, despite Wu’s role in the IPO fiasco, Bitmain appears to be establishing a strong connection with the new trading platform. According to sources familiar with the project, Matrix was originally incubated at Bitmain during Wu’s tenure as CEO.

Some are now speculating that Wu’s exit was actually strategic decision to oversee Matrix while Bitmain recovered from the IPO PR disaster. A source told The Block that relations between Wu and Bitmain co-founder Micree Zhan are “great,” despite early rumors of a rift following Wu’s inauspicious departure.

Given the close ties between Matrix and Bitmain, the trading firm is set to become Asia’s largest crypto asset manager overnight when it launches next month.

Bitmain will be the company’s biggest customer, allowing Matrix to offer custodial and lending services while gaining access to the mining conglomerate’s massive pool of crypto assets.

The end result is high liquidity and low prices for Matrix, giving the company a substantial advantage over the market.

As one source told the publication:

“[Matrix] will be the biggest OTC desk and asset-manager [in the world] overnight.”

Despite Matrix generating strong interest ahead of its launch, some have questioned how the firm will handle China’s sweeping ban on crypto trading.

Matrix will reportedly use an offshore holding company as a workaround, but rumors say the company could be in talks with the Chinese government. The market dominance Matrix is set to command over the world’s crypto assets would be an alluring proposition for China.

While an outright monopoly would have to be granted quietly, China is facing increased pressure from the looming trade war and Chinese bitcoin buyers fleeing the falling yuan. Matrix would provide an opportunity to exert oversight on crypto, without explicitly endorsing digital currencies.

In other words, green-lighting from China could take both Matrix and bitcoin to the moon. 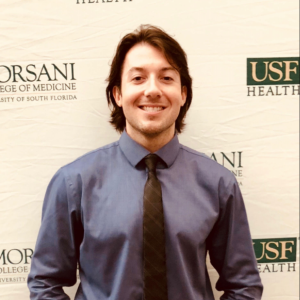 John Legend: Streaming ‘Changed Everything’ in Music – Gaming’s Next

Bernie Sanders Wants a ‘Political Revolution’ but Economy Is Humming

JJ Watt to Texas Whataburger Fans: Put Your Money Where Your Mouth Is