Japan is a powerhouse in the cryptocurrencies market, trading about 63% of the world’s Bitcoin. However, ban of Initial Coin Offering (ICO) by some Asian countries has investors worried that Japan could follow suit.

ICOs are the new radical form of crowdfunding. Companies are raising funds in the form of cryptocurrencies through selling crypto tokens to investors. ICOs are now a go-to method for many companies as it allows investors to benefit more directly from new technologies as opposed to traditional stock.

Japan, which now recognizes Bitcoins as legal tender, is one of the biggest champions of cryptocurrencies. Japan’s fundamentally different approach to cryptocurrencies positions it as the much-needed savior for ICOs. According to Kagayaki Kawabata, Coincheck’s head of international business development, requests to list tokens on its exchange increased after China’s ban.

Regulators May Not be Receptive to ICOs

Co-founder of IndiesSquare, Kogi Higash is however not convinced that Japan is the safe haven for ICOs, as many believe. He believes that the conservative and risk-averse nature of many of Japan’s industries could trigger the ban.

Bitcoins and other crypto coins need regulation; this was the reason stated for China and South Korea’s ICO ban. Japan though having a friendly approach to cryptocurrencies is not ICO-friendly, Higashi says. Further adding that regulators are only watching to see if it is good or bad and could start regulations in the future.

According to Forbes, Higashi is still optimistic that ICOs could turn into a revolutionary concept, giving Japan a head start in attracting many ICO projects. Companies worldwide are already relocating projects to Switzerland and Japan, a move that will help both countries earn tax revenue.

Fraudulent ICOs flooding the Japanese crypto market may give the government all the more reason to impose a ban. There is a likelihood of ICOs moving from serious efforts to build digital currencies to a risky pyramid schemes. Start-up investors buying coins at a discount and disposing them off on general investors is another worrying trend. Such a scenario opens up less technically savvy investors to exploitation.

Japan plays a crucial role in the growth of crypto currencies and ICO markets, contributing heavily to the recent rise in valuations. A ban could potentially limit the number of investors and crypto currency exchange, diminishing liquidity in the ICO market. A move that could increase volatility and drive prices downwards.

Up until recently, only a small number of investors, ones with large orders made up the trading volume in Japan. Now, less-technical users around the world are expressing interest, which could possibly increase the number of traders. A ban will have the new crop of potential investors fearful.

Although great speculation, it is highly unlikely that a ban could come into effect, at least not anytime soon. Regulators have closely been following the cryptocurrency industry, demonstrating openness to learn about the technology and how best to regulate it. More reason to be optimistic. Furthermore, the growing appetite for blockchain is rapidly expanding.

There are rumors that a possible lift in the Chinese ban could come into effect following the Communist Congress elections. The ban believed to be a push from political elites, maybe purposeless after the elections. A lift in the ban, with Japan at the verge of imposing one, could see the country lose out to China. 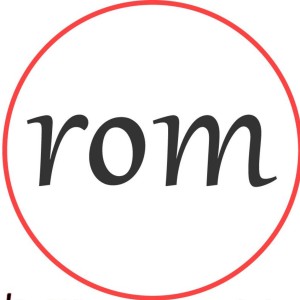