Jack Dorsey was trending on his own app today. People were incensed that the Twitter CEO wouldn’t delete conspiracy theory tweets from Donald Trump.

But Dorsey has traditionally been accused of a left-leaning bias. That, pundits claimed, was leading to censorship of conservative ideas on Twitter.

But now the animosity is coming from both sides, which means Jack Dorsey is finally doing his job.

The controversy ignited last week when Timothy Klausutis sent a letter to Jack Dorsey. Trump alleged that his deceased wife Lori was killed by her boss and host of “Morning Joe,” Joe Scarborough.

President Trump on Tuesday tweeted to his nearly 80 million followers alluding to the repeatedly debunked falsehood that my wife was murdered by her boss, former U.S. Rep. Joe Scarborough.

Joe Scarborough’s wife and co-host of Morning Joe, Mika Brzezinski, has been leading the charge for Dorsey to delete Trump’s tweets.

She was calmer than others who didn’t have a husband who was directly implicated.

Jack Dorsey Is No Stranger to Criticism

This far from the first time people have called for Jack Dorsey’s proverbial head. But what sets this instance apart is the political party that’s holding the ax.

Historically, right-wing Twitter users have felt they weren’t getting a fair shake. They accused Dorsey and Twitter of censoring conservative viewpoints and “shadow banning” right-wingers. Jack Dorsey has even admitted he has a ‘left-leaning’ bias.

You have a pattern and practice of banning only one faction of people. Quillette recently published an article where they looked at 22 high profile banning from 2015 and found 21 of them were only on one side of the cultural debate… You’re biased… And you’re targeting specific individuals because your rules support this perspective. 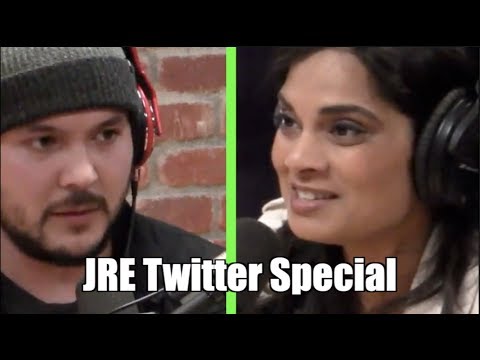 Here is the report he referenced. Even conservative Twitter employees reportedly “don’t feel safe to express their opinions.”

Left-wingers are furious about this. But can you imagine if he deleted tweets from the President of the United States, who also happens to be Republican? Conservatives would start rioting. Conspiracy theorists would multiply exponentially. Chaos would ensue.

It’d be great if Twitter could just ban Trump without any consequences. But Jack Dorsey is engaged in a delicate balancing act where he’s attempting to be fair to both sides. Sometimes that requires taking counter-intuitive actions. And it will enrage each respective party when they don’t get their way.

Jack Dorsey is sacrificing his name and reputation to bring fairness to the internet. We shouldn’t be angry. We should be thanking this man for making Twitter a better place.