Arsenal F.C. face West Ham today at the London Stadium in a match that means a lot more than just a derby for the fans. Having seen no signs of revival since Unai Emery left and Freddie Ljungburg was appointed in his place, Arsenal could be staring at a win-less streak extending to 64 days.

The managerial change was done with a hope to see the club come out of a nightmare run. But nothing has changed.

Judging by their listless performances, the north London club looks to be in a downward spiral. It has gotten to the point that a fan even threw away his season ticket in protest. 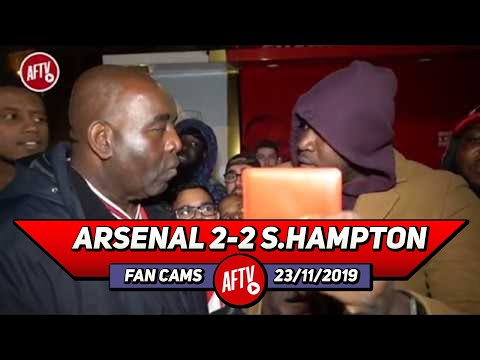 As of writing, Arsenal sit just four points above the relegation zone. The situation may worsen soon as the club has some difficult fixtures lined up. Arsenal’s away form has been shambolic and their next two away matches (after West Ham) are against Everton and Bournemouth, both of which currently sit below Arsenal in the Premier League.

To make matters worse, their next three home fixtures are against Manchester City, Chelsea and Manchester United. Given the current run of form and the absence of an experienced manager, Arsenal can easily slip into the relegation zone after these five matches.

Arsenal’s problems run much deeper than just the management level and if relegation were to arrive, it could be a blessing in disguise.

Arsenal Need a Change at the Top

For teams like Chelsea, sacking managers has worked very well. For teams like Manchester City, completely overhauling their squad has worked wonders. The reason is obvious; that is where their problems stemmed and there was never a doubt about their owners’ ambitions.

Arsenal’s owner Stan Kronke has never shown any ambition. Instead he has used the club as his personal cash cow. Since his arrival in 2007, the club has moved from having just played in a Champion’s League final to where it is today. The move leaned more towards keeping the club profitable and increasing its value.

If the club is indeed relegated, it will lose a fortune on revenues and its brand value will take a significant hit. Stan Kronke, who is already the most hated figurehead, will have no choice but to sell the club.

Post-relegation, the Arsenal brand will still have enough value to attract buyers with deep pockets. Getting the club back to the top and reviving the Arsenal brand can prove to be an extremely lucrative venture for the next owners. Hence, they’re more likely to be success-oriented than the current owners.

With fresh ownership and a historic lesson in humility for the legendary club, Arsenal could easily move back into the top division with a Championship win. The sleeping giant could re-awaken and take the 2021/22 season by storm.