After seven winless games, Unai Emery has been booted out of Arsenal as the head coach. This comes 18 months since he was hired to replace Arsene Wenger who had served as manager for over two decades.

The London-based soccer club has appointed Freddie Ljungberg as the interim head coach. Ljungberg, a former player who was part of the ‘Arsenal Invincibles’ that went undefeated in the 2003-04 season, had been Emery’s assistant before the ouster. 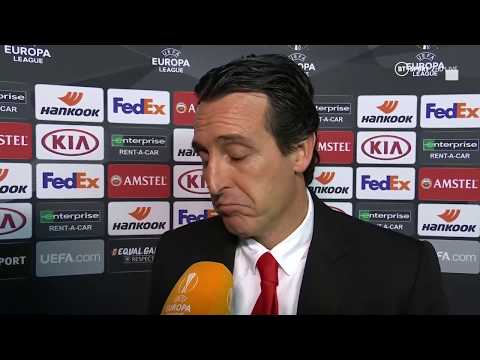 Like the Old Trafford club, Arsenal has appointed a former player from a golden era hoping for magical success. In the case of Manchester United, they brought in ex-player Ole Gunnar Solskjær.

Initially, Solskjær impressed but all that is now forgotten as the team struggles to remain in the top half in the English Premier League table. Former Crystal Palace owner Simon Jordan even recently branded Solskjær a ‘B-rate’ manager. It could soon be Ljungberg’s turn to face the winter of discontent.

For one, Freddie Ljungberg is untried and untested at the highest level. His only prominent experience in this department has involved coaching minors. A short stint as an assistant coach at Bundesliga club VfL Wolfsburg ended with him alongside others getting fired.

At the highest level, Ljungberg possesses no actual coaching experience, making him an even bigger gamble than Solskjær. The Manchester United manager’s coaching career started more than a decade ago. Ljungberg’s, on the other hand, is only less than four years old. The former Arsenal player’s first managerial role was in 2016 when he coached the Under-15 Arsenal team.

There is no coach or manager with the experience and clout worthy of Arsenal’s ambitions just lying around idly waiting for a call. This means that Arsenal may have to wait. A soccer club, however, can only live with uncertainty for only too long. In such situations, soccer clubs have tended to end up making hasty decisions and Arsenal might be no exception as they struggle in the post-Wenger era.

Perhaps in an attempt at reassurance, the club has promised said that the ‘search for a new head coach is underway’. But we have seen this before where a caretaker manager takes the reins, gets a stroke of beginner’s luck and then a club makes his position permanent. Weeks later, the decision proves unwise but the owners refuse to swallow their pride and admit the error.

For a club known for financial austerity, one just hopes that the North London club doesn’t come to view Unai Emery’s interim replacement as a sort of a Black Friday deal, given that he obviously can’t command the same figure as tried and tested coaches that have already been speculated upon as potential Arsenal managers.