Home prices are likely to experience upward pressure later in the year, as U.S. housing market data indicate an approaching drop in supply.

New housing starts fell to their lowest level in five years in April, signaling a coming drop in the housing supply. Meanwhile, fixed mortgage rates have hit an all-time low, indicating that people who take advantage of low rates now will be unwilling to move when fixed rates have risen.

In other words, despite a likely short-term knock on house prices, homebuyers may find that the economic downturn reduces the supply of new homes. And as with the Great Recession, a long-term fall in homebuilding may push prices up in the long term. 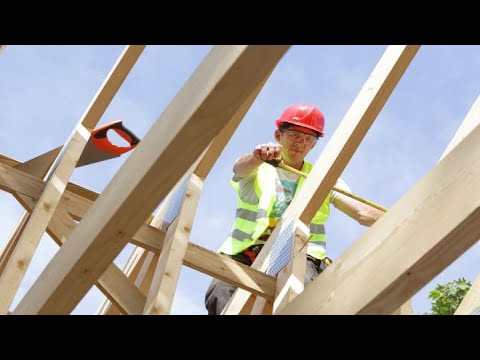 The U.S. housing market is sowing the seeds of a future price pump. In April, housebuilding plunged 30.2% to a five-year low. Permits for future construction dived 20.8% to roughly 1 million units.

Because of the compound effect of falling house starts–delayed starts now mean you won’t be able to begin the next batch on time–April’s drop is likely to have longer-term ramifications. The compounded reduction in supply will inevitably push home values higher.

Another factor that will push home prices higher is extremely low mortgage rates.

Low mortgage rates are great for anyone lucky enough to be in a position to buy right now. However, for those hoping that the housing market will be more accessible around the time the U.S. economy picks up for them, low rates are bad.

Why? Because those who take advantage of low fixed rates now won’t want to sell when fixed rates are significantly higher. As Meyers Research’s Ali Wolf told Forbes last week:

You’re going to then see a lot less mobility in the housing market.

Believe it or not, some people are still buying even now. According to the Census Bureau, 627,000 homes were sold in March, while mortgage applications are now rising.

The upshot of all this is that, despite the ongoing recession, the housing market isn’t likely to offer cheaper houses around the time the U.S. economy picks up.

Yes, certain forecasters such as Zillow have predicted a 2-3% fall in house prices this year. Nonetheless, the two factors above may cancel out any fall.

On top of this, the longer-term trend is definitely a more expensive housing market. House prices rose 3.5% annually in February, which was faster than expected. At the same time, homebuilding has been in a weak trend since 2009:

So with another Great Recession (or Depression) likely to weaken house building yet again, don’t expect a more accessible housing market.