Protesters in Hong Kong have reportedly taken over at least one government building, with tensions escalating over the weekend and preventing the local stock market from taking part in an otherwise-global rally. 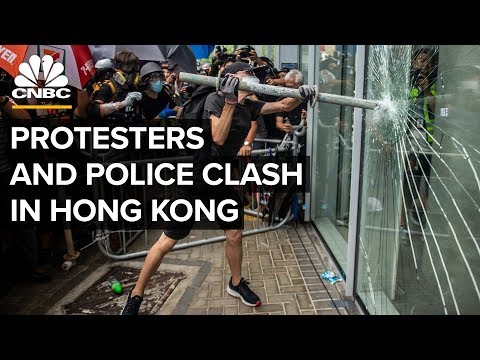 The protesters took over the legislature building, and police are not happy about it, reportedly firing tear gas at the occupiers.

The overall Hong Kong stock exchange index dropped and dropped over June, with a recent halfway rebound showing signs of hope for investors.

Loss leaders like Tencent have been offset by only the mildest gains in other areas of the exchange. Where is the money going?

For the most part, it’s red across the board on the exchange, and things haven’t improved significantly for some time.

If certain forecasts are correct, the recovery period may already be over. From here, who knows where it goes.

This isn’t the first time Hong Kong stocks have gone into the toilet. They came out fine before; they’re likely to do it again. 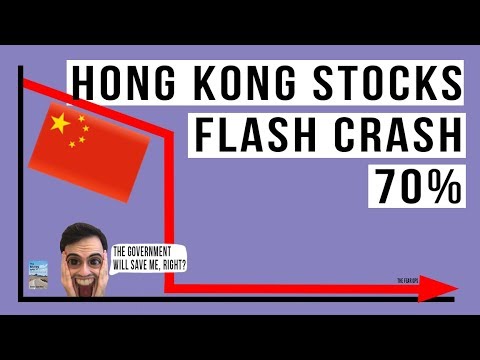 Indeed, Hong Kong often has a wild market, with requisite crashes and rises.

Reportedly, people in Hong Kong have become “addicted” to investing.

The bottom line is that Hong Kong is a place to make things happen, despite the various problems the country presents.

Protesters might make things difficult for some functions in the short-term, but they’re only a temporary reality.

Overall sanity will be restored before long. When that happens, you’ll want to be on the winning side of the investment pool. Does that make everything on the Hong Kong exchange worth buying?

How Should You Play the Market Chaos?

Well, this isn’t investment advice, but likely the answer is still no.

Instead, if you carefully review everything on the exchange, you might notice from previous rebounds what does the best.

While the “exchange” will rise, individual stocks will lead that charge. That’s why you’ll want to review the stocks on an individual basis and decide where to put your money.

External events like mass unrest can be leveraged in investment. Some people might have sold at any cost to exit the overall market.

Independently, people may have reasons for that. But if you understand the way the stock market works long-term, then you’d rather wait and make cheap buys.

Which is where you’re at now. Unlikely to get much cheaper, unless the unrest spreads in unpredictable ways.

However, if things stay relatively confined, as they have, then you might safely say the “bottom” is in for most of the exchange. In that case, you could, if you chose – though again this isn’t investment advice – place your bets wisely.