Despite the sudden drop, gold’s price is destined to go higher over the next 18 months.

Happy days are here again! At least they are in the stock market. Thanks to a surprise increase of 2.5 million jobs, against expectations of further millions hitting the unemployment line, stocks are on a tear.

The S&P 500 is close to breakeven for the year after its massive plunge back in March.

Of course, not all assets are going along for the ride. Gold prices dropped 2.5% on Friday.

At least, that’s how gold usually acts in the short term. Other trends can be at work too. When traders were rushing to cash in March, gold sold off then as well, before heading higher as part of that fear trade. Unsurprisingly, gold did the same thing in 2008.

But there are a few key reasons why gold is now starting to look attractive for investors today.

With interest rates back at zero, and with the Federal Reserve outright printing money, we could see gold make another run to all-time-highs.

That’s if we get a repeat of the 2009-2011 era when considerable money printing led to fears that inflation would start surging.

As those fears rose, and with the debt ceiling crisis in 2011, gold spiked to just over $1,900 per ounce, more than doubling in the span of a few years.

Fast forward to the present.

With the vast government stimulus programs going on as well as a repeat of the Fed’s crisis playbook, there’s even more money flooding into the financial system than the last time. 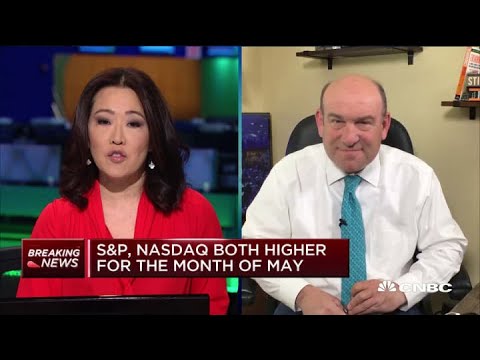 What’s more, Friday’s jobs numbers indicate that all this money may end up finally overstimulating the economy.

When that happens, traders may start to get uncomfortable with rising inflation and put some money into gold.

Gold has already outperformed the stock market by far in the past year, even with the recent pullback.

Finally, central bankers have been buyers of gold for years. And there’s been no recent sign of a slowdown there.

Sure, some traders will stick with stocks, even though they’re already at historically high valuations. But it only takes a small move of capital into the gold market to see some big moves.

Top Plays for a Rally Over the Next 18 Months

While investors can buy physical gold, it tends to cost a premium, making it poor as a trade.

That’s why liquid investments like the SPDR Gold ETF (GLD) are an attractive starting point. The ETF is attractive as long as gold is valued at $1,700 per ounce. Some analysts predict that gold can soar to $3,000  by the end of 2021.

But you can do even better. How? When prices rise, the relatively fixed costs of gold mining companies don’t budge. So their profits tend to explode.

That’s why traders may want to consider the VanEck Vectors Gold ETF (GDX) on this current pullback.

The mining companies have already had a great run, but they tend to see gains three-to-four times the price of gold, so there’s room to go in the next 18 months.

September 25, 2020 1 Comment
← PreviousThe Stock Market Is Going Nuts, and It’s Entirely Justified – For Now
Next →The Dow Is Euphoric as Trump Boasts That the Economy’s a ‘Rocket Ship’