The gold price nosedived through the $1,500 handle at the open of North American trading on Thursday, ignoring concerns about Turkey’s aggression in Northern Syria.

A softer than expected CPI print, alongside more stable equity markets, dampened demand for the precious metal sending gold futures 0.9% lower. A weak U.S. dollar, typically a benefit to the haven metal, failed to rally bullion as silver was also under pressure to start the day.

U.S. inflation data is always a significant event for the gold price, as many investors use the rare metal to hedge against the gradual depreciation of the dollar. Thursday’s CPI print indicated a weaker than expected core figure month-to-month, which bucked a recent trend of rising price pressures. The headline core reading remained steady at 2.4%, while regular inflation dipped to 1.7% against an expectation of 1.8%.

The sell-off in gold can also be linked to rising equity prices, as the major U.S. indices opened higher on Thursday. While it looked like it might be a rocky open for the Dow Jones and S&P 500 after Chinese state press reported that no progress had been made on trade talks, evidence that Donald Trump might be prepared to make concessions over Huawei sent stock futures soaring and gold erased most of its rally.

In a report from ING, head of commodities strategy Warren Patterson noted that appetite for gold continues to look steady as rising tensions in Turkey have seen steady inflows into the precious metal.

“Demand for safe-haven gold continues to be strong due to the fair amount of uncertainty over the US-China trade talks, increasing possibilities of another Fed rate cut and the geopolitical tensions in the Middle East including the recent clashes between Turkey and Syria. Gold ETF investments increased by 0.2mOz yesterday, the seventeenth consecutive day of increases in gold ETF holdings with total known ETF holdings of gold increasing to 81.8mOz as on 9 October 2019”.

“Gold prices [] recovered to above US$1,500/oz as speculators have been possibly returning to the metal after sharply reducing their net longs during the last week of September.” 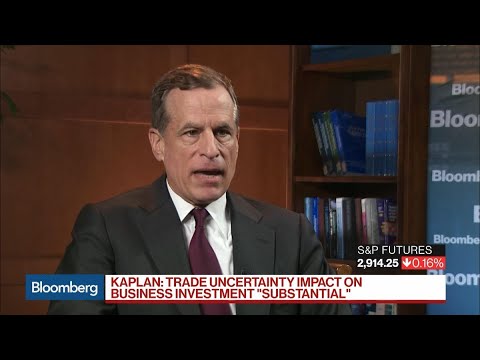 Gold’s reaction to a soft inflation print paints a confusing picture for the haven metal. On the one hand, a lack of inflationary pressure suggests more easing is possible from the Fed as recession fears rise, something XAU/USD typically loves, but on the other, it demonstrates the relative stability of the United States dollar. As the Dow Jones rises Thursday, global risk-on is what appears to be doing the damage.