As they say, “you get what you pay for.” And for customers of Southwest Airlines (NYSE:LUV), that could be a more dangerous flying experience.

According to a draft report [The Wall Street Journal] from the U.S. Department of Transportation (DOT), the budget airliner has a track record of unsafe practices that put its price-conscious customers at risk.

The full report, scheduled to be released in the coming days, implicates the Federal Aviation Administration (FAA) for lax and inconsistent oversight.

This comes at a time when the U.S. aviation industry is still reeling from the fallout of the Boeing 737 MAX disaster. If the Department of Transportation report backs up its claims, this could be another devastating blow to the credibility of this key sector in the U.S economy. 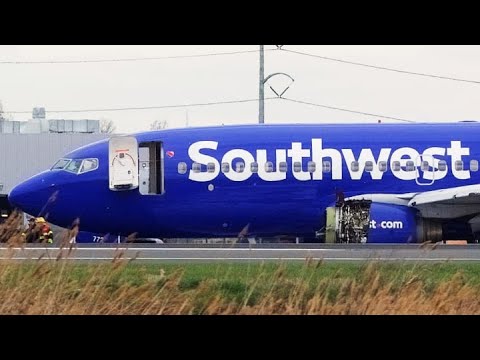 Southwest Airlines is a key driver of innovation in the U.S. aviation industry. Originally founded in 1967, the company quickly expanded out of Texas by using its low fares to claim market share from larger rivals.

Now, one out of every five domestic air travelers [The Verge] flies on Southwest.

However, The Wall Street Journal has obtained an unpublished report from the U.S. Department of Transportation that details safety concerns at the airline. For the flying public this report raises questions about how Southwest can keep prices so low while delivering huge profits to its shareholders. Is the company cutting corners?

According to information from the DOT, the answer may be yes.

The draft government report claims that Southwest Airlines has sent over 17 million passengers on planes without confirmed maintenance records [The Hill]. The report highlights a dramatic incident where a Southwest plane’s wingtips smashed into the runway while it attempted to land in sub-optimal weather conditions.

Denny Kelly, an aviation safety consultant, believes keeping prices low could be the motivation behind these safety oversights.

He states the following to Fox4news in Dallas:

They want to be safe, but they want a good price on their ticket. If Southwest does everything immediately that they are supposed to do, prices of tickets are going to go up.

The FAA is Also Implicated

The buck doesn’t stop with Southwest. The Department of Transportation has also implicated the FAA in its report. The department suggests that the Federal Agency created an enabling environment for Southwest’s safety oversights.

It is clear that the agency is not yet effectively navigating the balance between industry collaboration and managing safety risks at the carrier.

This comes at a time when the FAA is already in hot water for the handling of the Boeing 737 MAX crisis. According to FAA internal analysis, the regulator kept the controversial plane flying [The Guardian] even after its models predicted fatal crashes every couple of years.

This decision indirectly led to the death of 157 people in Ethiopian Airlines flight 302.

Both Southwest Airlines and the FAA have responded to the report [USA Today]. Southwest has expressed “disappointment” with the report while the FAA intends to respond directly to the Office of the Inspector General concerning the Department of Transportation findings.

Shares in Southwest Airline declined 1.7% on Thursday when the report of maintenance oversight issues first emerged. The stock was in free fall again on Friday.