The official Twitch Support Twitter account issued a worrying series of tweets on June 8, 2020, when it confirmed that streamers were seeing a huge number of copyright takedown requests on old clips.

“We’ve had a sudden influx of DMCA takedown requests for clips with background music from 2017-19,” said one tweet, which also suggested that streamers remove these clips to avoid being affected. Some will wonder if this will make some streamers move to other streaming platforms.

However, for many streamers who have been on the site for years, deleting clips just isn’t that easy. Popular streamers have thousands of clips as viewers can make them with just a few clicks.

Popular Twitch Streamers Could Be Permabanned Over Copyright Claims

Twitch streamer Fuslie, who has 298K followers on the site, revealed that she had been given two copyright strikes on clips older than a year old. One more strike and she will be permabanned, she revealed. The platform suggested that she delete all of her clips but she has more than 100,000 clips and not all of them are available in the Twitch Creator Dashboard. “How am I supposed to protect myself here?” Fuslie asked.

There are some possible solutions to this. Streamers have asked for a way to delete all of their old clips. Twitch says that it is looking for a way to make managing clips “easier” for streamers but has yet to confirm anything.

Twitch streamer DNP3 also suggested that the site could allow streamers to get more DMCA strikes before being permabanned until this issue has been fixed. There does seem to be support for DNP3’s idea but it’s unclear if this is something that Twitch will do.

Another streamer who supported the idea of a delete all button is TimTheTatman, a popular streamer who has been signed to an exclusive Twitch deal reportedly worth millions of dollars. The streamer joked that he needs a delete all button for clips “like now”. When the person you’re paying major cash money on to use your site starts criticizing you, that’s when you know you’ve really dropped the ball.

It’s now been more than a week since the tweets about the copyright takedowns and nothing has been done. While it may be that Twitch is carefully working on a solution to this, (most) others will posit that this is just another case of Twitch doing what it does best.

Despite being around since June 2011, the site has consistently failed to give streamers and viewers the features that they have begged for. Most of these features are pure common sense, but this seems to have evaded Twitch’s higher-ups.

Viewers saw this in December 2016, when the streaming platform first rolled out automatic moderation system AutoMod. Twitch said that the feature had been in development for several months.

Any viewer pre-AutoMod could have told Twitch that toxicity and harassment was an issue on the site long before this. By 2015, Twitch had 100 million viewers using the site each month. So, there’s no way that the racist, sexist and homophobic abuse that can find a place in Twitch chat evaded the site’s radar by then. AutoMod’s release also came after a TwitchCon panel on diversity was hit with tons of racist chat messages.

Twitch’s feature failings were also highlighted earlier this year when the site changed its nudity policy. After years of cries and petitions against streams with nudity as well as confusion over what level of nudity could get someone banned from the site, Twitch made its policy about nudity clearer. 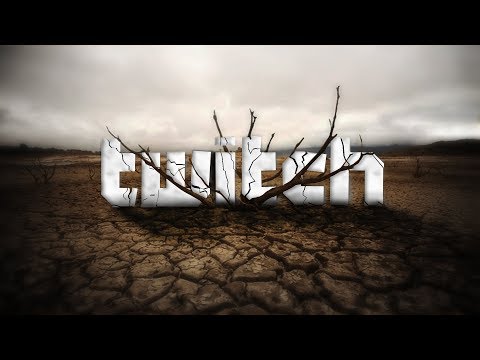 Videos complaining about so-called “boobie streamers” (female streamers who gain viewers by showing cleavage) can be found on YouTube back to 2016. A failed change.org petition from five years ago confirms the issue isn’t new. Greater viewership may have brought up the issue more but by all means, it seems unlikely that Twitch didn’t know about viewer and streamer concerns.

It could be said that some of Twitch’s problems could all be blamed on Amazon, which bought the platform in August 2014. The “move fast, break things” way of thinking that fuelled Amazon’s growth may have been replaced by the “move slowly, don’t fix it if it’s not broken” ideas that are endemic to large corporations. This may also have spread out to brands like Twitch.

This doesn’t make things less frustrating for streamers or viewers though and the copyright takedowns show that Twitch may have to start moving faster if it’s going to fix its site.