The economist who predicted the 2007 housing market crash has predicted a decade of depression as the world emerges from lockdown. Nouriel “Dr Doom” Roubini yesterday said that supply shocks and inflation will drastically slow the global economic recovery, which will also fail to replace lost jobs. 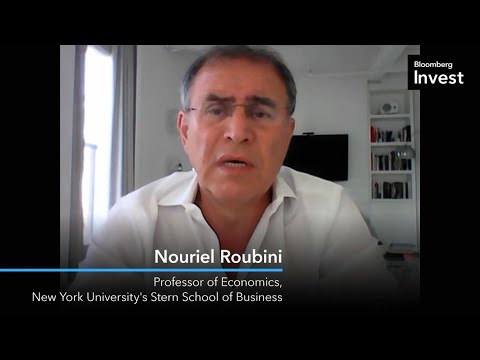 This is bad news for the stock market, which usually suffers declining stock prices during periods of high inflation. That said, a shift to technology will benefit some companies. Meanwhile, stagflation might be good for the housing market, at least insofar as it will push up house prices.

While he admits the recovery will begin this year, he also believes it will be “anemic.”

There’s going to be a painful process of deleveraging, both by the corporate sector and the housing sector. They have to be spending less, saving more, and doing less investment.

In other words, less growth. Although less investment in the housing market may cause higher prices.

Ominously, Roubini also criticized the stock market for pricing in a V-shaped recovery. This, in his view, is “totally not consistent” with economic reality.

In addition, Roubini anticipates that the previous buildup of debt will have massive consequences.

So many firms right now are either bankrupt or on the verge of bankruptcy. They have to take action to try to survive. And what are the actions that have been taken in the United States? We lost in the U.S. in the last few months many more jobs than we created in the last decade.

Roubini believes that firms won’t replace lost full-time workers. Instead, they’ll contract casual workers and increase automation, as they did after the financial crisis of 2007-8.

In the process, there will be less demand in the U.S. economy, as a result of less income. In turn, less spending, less growth, less earnings.

Nobel Prize-winning economist Joseph Stiglitz also sees a U-shaped recovery on the horizon. As part of the same conference, the Columbia University professor predicted a weakening of globalization.

So does Roubini. And what’s significant about a reversal of globalization is that it will reduce supply. Combined with massive quantitative easing, such a reduction will lead to big inflation. Inflation in consumer prices, and inflation in the housing market.

We’re going to be faced with a significant amount of negative supply shocks in the global economy. Eventually, the inflation genie will get out of the bottle.

That said, it’s clear from Roubini’s interview that, by a decade of “depression,” he largely means an economic recovery that neglects the masses.

As such, the slow recovery might not seem like a “decade of depression” if you play the stock market or own real estate.

Inflation may bring higher prices to the housing market. Likewise, the stock market may be kind to companies who can ride out the recovery by further embracing technology, even if inflation might depress stock prices elsewhere.