The Dow Jones plunged as much as 200 points on Friday as a sell-off in several core stocks dented US markets.

Boeing, the most heavily weighted stock in the Dow, nosedived more than 6% on fears the company misled the FAA, while fellow DJIA member Johnson & Johnson faces another PR disaster.

A drawdown in the tech sector further weighed on the stock market after a miss in Chinese GDP dovetailed with fears of Chinese retaliation against Trump’s blacklistings.

The US dollar weakened as Brexit hopes continued to underpin the euro and British pound. The Dow did not appear to find much support from the softer USD.

The temporary ceasefire in Syria between the Kurds and Turkey appears to be just that. News reports have come in that the Turks may have already violated the agreement, raising market fears that the situation could escalate once again. 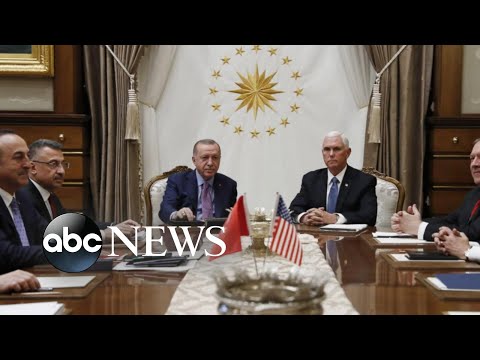 It is impossible to ignore the US-China trade war, even as it has faded from the headlines. Trump appears to have been premature in declaring a “phase one trade deal,” and tech companies could be first in the firing line for potential retaliation.

Iris Pang, an economist at ING for the Greater China area, had the following to say about the risks of China openly targeting US tech companies:

“The technology war rages on. Just before the last round of trade talks, the US added eight Chinese technology companies to its Entity List, effectively blocking US companies from doing any business with these companies. China could retaliate with its own unreliable entity list. All of this is negative for the future growth of the Chinese economy. If the US decides to roll back some of its tariffs, the picture will change. Manufacturers may think twice before moving factories to another location, which is very costly. Unfortunately, this is not our base case.”

When you consider that the world’s most valuable companies are tech giants Apple and Microsoft, both of which have a significant presence in China, the ramifications of these threats are clear for the Dow Jones.

Further bad news for the US president could be on the way. ING is also predicting that floundering Chinese GDP could pick up in Q4, hardly the capitulation that Trump needs to leverage a comprehensive trade agreement, as Pang writes:

The defensive mood in the Dow 30 was all too evident on Friday, as investors feasted on Coca-Cola stock after some extremely encouraging earnings results. Millennials are drinking a lot of Coke Zero, and that’s great news for a company that has had to pivot away from sugary drinks.

Dow giant Boeing can’t get out of its own way, as BA plummeted 6%, putting tremendous gravity on the index. Reuters reported that the aerospace company might have misled the FAA about an “egregious” safety feature on its 737 Max aircraft. 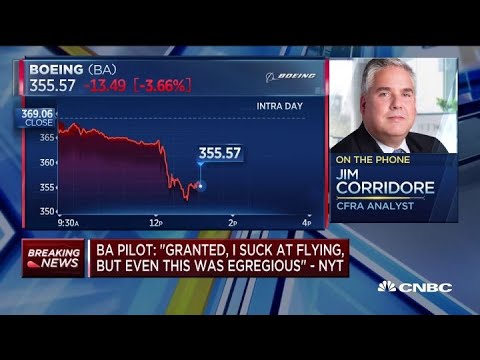 Microsoft fell 1.1% in sympathy with the Nasdaq’s troubles, while Apple was its usually sturdy self, posting a 0.8% gain amid a troubling environment for tech.