The Labor Department report revealed a record 4.8 million new jobs created in June. That’s the most since records began in 1939.

Jonathan Golub at Credit Suisse warned investors to take these ‘record’ numbers with a grain of salt.

If you’re comparing the change in payrolls… those look brilliant. However, if you then say, how many people are still unemployed and how long will it take to get them back employed? That’s a very high number. 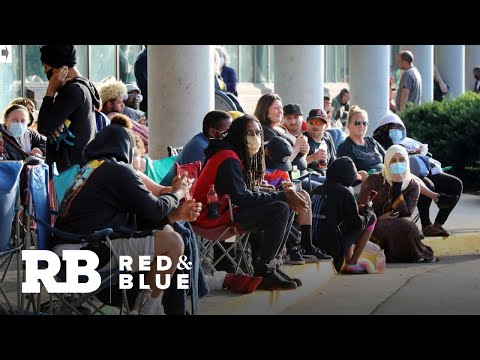 The headline figures no doubt look impressive. Golub disagrees, stating we shouldn’t “extrapolate them too much.”

Under the surface, there are data-quality issues. A mass of newly re-fired employees aren’t included in today’s Labor report. The stubbornly high ‘continuing claims’ figure is missing too.

Today’s Labor report is a “mess”

There’s no way around it: Thursday’s U.S. labor reports will be a mess.

The reporters cite several ‘data-quality issues’ whereby out-of-work Americans have been wrongly classified as ’employed’ in the data. Fundamentally, today’s official rate is understating the true scale of the problem.

Despite the record numbers, we’re 16.6 million jobs short of the pre-pandemic level. Almost half of all Americans don’t have a job.

Has the stock market priced in re-fired workers?

Re-opening plans in California, Texas, Florida, and even New York are beginning to roll back. Bars, restaurants, gyms, and shops are laying off their employees again.

Today’s Labor report doesn’t include these figures because the survey was conducted in the middle of the month. 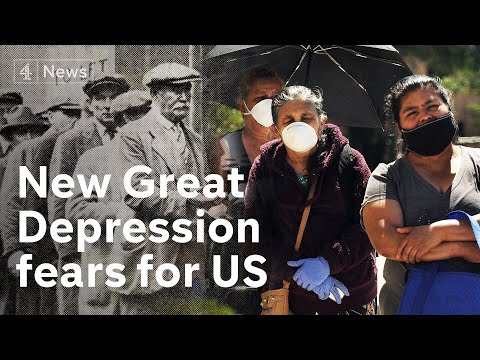 One data point that might give us more insight is today’s ‘initial claims’ count. This weekly number came in at 1.427 million – a number roughly seven-times higher than before the crisis began.

According to Mark Zandi at Moody Analytics, these aren’t just low-paid jobs.

Job losses are starting to bleed to other sectors of the economy, income groups and different skill sets.

Companies in all sectors across America are announcing layoffs in a bid to save cash coming out of this recession. Employment figures out of the eurozone this morning showed that jobless numbers are rising even as the countries exit lockdown.

Jonathan Golub at Credit Suisse says investors may be cheering the short-term bump while ignoring the long-term pain of getting people back to work.

The real big issue is that the number of people who remain unemployed is about 20 million . And while a lot of these folks are going to get jobs relatively quickly over the next year, it’ll probably take three-to-four years or longer before everyone has been laid off is going to be back in jobs.

Golub is referring to the continuing claims count – a measure of how many people are repeatedly receiving unemployment checks. That figure remains stubbornly high, around 19.3 million. His words echo sentiment across an increasingly worried Wall Street that stocks no longer reflect the underlying economy.

And there are more headwinds on the horizon. The government’s Paycheck Protection Program (PPP), which is designed to keep people on the payroll, will soon end. That could see a wave of fresh layoffs as businesses decide to cut costs.

The extra $600 weekly unemployment check will vanish at the end of July, putting extra pressure on the newly out-of-work.

Today’s ‘record’ employment numbers may appear fantastic – on the surface. Don’t forget to zoom out and look at the big picture.