As the U.S. and Europe begin to re-open their economies, Asia just flashed a warning sign. A second wave of the coronavirus may have flared up in China and South Korea over the weekend. The Dow Jones Industrial Average (DJIA) turned south on the news, falling sharply on Monday.

Wuhan, China – the original epicenter of the virus outbreak – reported five new cases of Covid-19 on Monday. It’s the first new flare-up in the city for more than a month and suggests the virus may still be spreading. 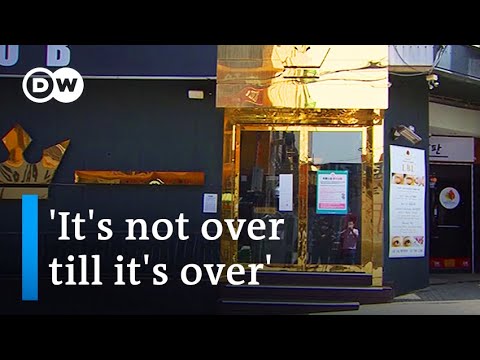 If we re-open too quickly and we see infections rise, get a second wave… we may not shut down again but certainly it will spook people and weigh on the economy. That would be the fire for a depression.

I think the market is attaching a pretty high probability to a V-shaped recovery… But I suspect the script on this bear market is not over. We’re going to see the market have to re-evaluate at some point.

The Dow Jones opened to fairly steep losses after a choppy overnight session.

A second wave of coronavirus?

Many scientists and researchers have repeatedly warned about the threat of a second wave as lockdowns ease. We’re now seeing that play out in real time. Wuhan eased lockdowns on April 18th, more than a month ago, and new cases are sprouting up.

The same thing happened in South Korea over the weekend. After beginning to ease restrictions, the country saw 35 new infections flare up.

They were all linked to one ‘super-spreader’ who visited three Seoul nightclubs. It’s feared the 29-year-old came into contact with more than 1,500 people.

It shows the delicate and difficult task of re-opening the economy while the virus is still spreading. And it may force countries to slam the brakes on their plans. 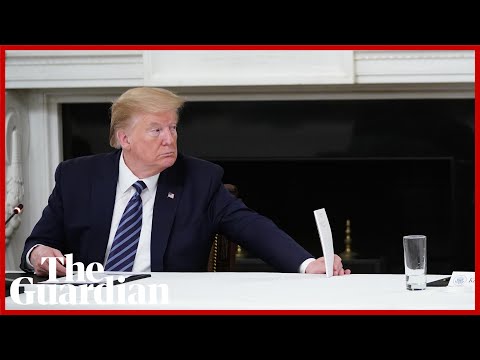 As Asia battles with a second wave of the virus, Washington DC still has to contend with the first wave. Tempers flared in the White House this weekend as two staffers were diagnosed with the virus. Kevin Hassett, economic advisor to the president, said:

It is scary to go to work.

In the cramped corridors of the West Wing, President Trump is reportedly growing nervous about the virus. Top aides are tested daily for the virus, while Trump is allegedly irritated by people standing too close to him. Three members of the coronavirus task force, including Dr. Anthony Fauci, are now self-isolating over fears of coming into contact with known carriers.

Dow Jones not prepared for a second wave

The U.S. stock market is currently pricing in a very optimistic rebound in the American economy. As Fidelity’s Jurrien Timmer put it:

The market has priced in a lot of recovery. The [S&P 500] is at the high end of the fair value range.

Stocks have bounced back as the Trump administration pushes to re-open the economy. But a second wave of the virus could set things back and make traders nervous. Timmer added that he believes the stock market has plowed its low point in March, but it could still sink lower in the coming months.