Shake Shack (NYSE:SHAK) is soaking up the feel-good vibes after returning its $10 million government stimulus loan.

CEO Randy Garutti wrote a lengthy post on LinkedIn claiming it was “extremely confusing” about whether a business the size of his should apply for the Payroll Protection Program (PPP).

But it’s ridiculous that Shake Shack, a multinational burger and milkshake chain, even applied for the stimulus loan before exhausting all other options.

Stimulus loans should be a last resort

It’s true, as Mr. Garutti says, that there was no user manual when the PPP launched and that Shake Shack technically qualified.

While the program was touted as relief for small businesses, we also learned it stipulated that any restaurant business – including restaurant chains – with no more than 500 employees per location would be eligible.

We cheered that news, as it signaled that Congress had gotten the message that as both as an employer, and for the indispensable role we play in communities, restaurants needed to survive.

But with a market cap of $1.6 billion, did it not cross his mind to try other avenues first?

Shake Shack is absolutely not unscathed by the coronavirus closures, and like-for-like sales have fallen dramatically.

But its latest update for the previous quarter showed it still made $143 million in revenue.

This was fuelled by changes to its business model, including drive-thru, curbside collection, and digital ordering/take-out models.

And it still had 57 of its 120 licensed sites operating at the end of March too.

When Shake Shack actually asked its investors for money, guess what happened?

Given its two largest shareholders – BlackRock and Vanguard – are the first and second biggest asset managers in the world, this is perhaps unsurprising.

But it seems baffling as to why Shake Shack didn’t ask these behemoths before applying for government cash.

It’s an option your average mom-and-pop diner certainly doesn’t have.

If this isn’t a rainy day, what is?

Investors love companies with lots of cash on the balance sheet, just in case the business ever needs it for support.

And amid a once-in-a-generation global health pandemic, some might think now would be a good time to lean on its $112 million cash reserves. 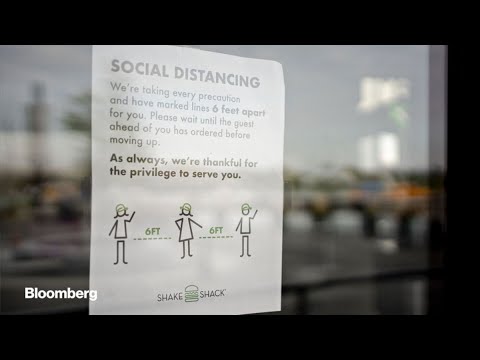 Its management said that it was burning through between $1.3 million and $1.5 million a week – arguably giving it roughly 74 weeks’ worth of cash before it ran out.

Yet it still applied for a PPP loan.

And if there’s any doubt whether it needed to apply for government cash, the company actually drew down on its $50 million lending facility it has with Wells Fargo.

No doubt because it can afford the cost of using it.

Virtue signaling of the highest order

A huge factor behind Shake Shack’s move is that the PPP program ran out of cash before lawmakers agreed to extra funding.

Mr. Garutti asks a pertinent question in his Linkedin post: How is it possible that so many independent restaurants whose employees needed just as much help were unable to receive funding?

Helpfully, he provides an answer.

We now know that the first phase of the PPP was underfunded, and many who need it most, haven’t gotten any assistance.

Or maybe it’s because huge chains like Shake Shack applied for it before they should have.