Derrick Rose Isn’t the Answer for the Los Angeles Lakers

While it would behoove the Lakers to upgrade from Rajon Rondo as their backup PG, they can’t meet the Pistons’ asking price for Rose.

The Los Angeles Lakers have the NBA’s second-best record at 34-9, but they may not be satisfied with their current roster.

On Monday, Chris Haynes of Yahoo Sports reported the Lakers are among the teams to “have expressed interest” in trading for Detroit Pistons point guard Derrick Rose. The 2010-11 league MVP is averaging 18.4 points on 49.8% shooting, 5.8 assists and 2.4 rebounds in only 26.0 minutes per game with the Pistons this season, making him one of the bright spots of an otherwise dreary year in Detroit.

While it would behoove the Lakers to upgrade from Rajon Rondo as their backup point guard, they may not be able to meet the Pistons’ asking price for Rose, especially if it costs them Kyle Kuzma.

When the Lakers traded for Anthony Davis this offseason, they burned through most of their premium assets.

Not only did they send Brandon Ingram, Lonzo Ball and Josh Hart to the New Orleans Pelicans for Davis, but they also had to salary-dump other young players such as Moe Wagner and Isaac Bonga to free up additional salary-cap space. They also traded their 2021 and 2024 first-round picks to the Pelicans for Davis, so they can’t trade a first-rounder until 2026 at the earliest thanks to the Stepien Rule.

That leaves Kuzma as their top tradable asset.

Kuzma averaged 16.1 points per game on 45.0% shooting as a rookie and jumped up to 18.7 points on 45.6% shooting last season, but he’s down to only 13.2 points on 43.3% shooting this year. With LeBron James and Davis manning the 3 and 4, respectively, Kuzma’s role has been slashed significantly, which begs the question of whether he fits into the Lakers’ long-term plans.

According to Shams Charania of The Athletic, several teams “are doing their due diligence” on Kuzma, but “the Lakers value Kuzma as a core part of their future.” However, Sam Amick of The Athletic reported “the Lakers have shown a recent willingness to listen to pitches for Kuzma,” which suggests he might not be entirely off-limits.

While the Lakers may be willing to move Kuzma for the right player, they shouldn’t settle for Rose.

Why Rose isn’t the answer

Rose is playing undeniably well for the Pistons, and he would be worth acquiring for the right price. However, he ranks 75th out of 86 point guards in ESPN.com’s defensive real plus-minus, which makes him a questionable fit for a Lakers team with a stout defensive mentality.

Additionally, Rose has never been a knockdown sharpshooter. He drilled 37.0% of his three-point attempts last season, but that’s looking more and more like an outlier, as he’s down to 31.3% on 3.0 attempts per game this year.

Since the Lakers can’t offer first-round picks in the near future and don’t have many enticing young players on their roster (with all due respect to Alex Caruso), the Pistons would likely demand Kuzma in exchange for Rose. However, Kuzma represents the Lakers’ best option to upgrade alongside James and Davis, so they should be selective about for whom they’d trade him.

Since Kentavious Caldwell-Pope, JaVale McGee and Rajon Rondo all have no-trade clauses, the Lakers would have to include either DeMarcus Cousins or Quinn Cook alongside Kuzma for salary-matching purposes. They should aim higher, though.

The Lakers might not be able to land a star in exchange for Kuzma, but they shouldn’t settle for Rose as their best possible option. 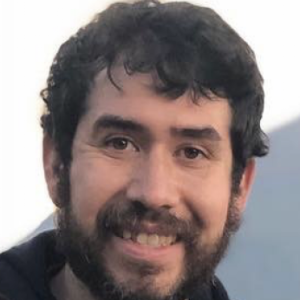 Bryan Toporek
Bryan Toporek writes about the NBA for CCN. He's also a Quality Editor at Bleacher Report, a co-host of The NBA Podcast and a contributor at Forbes and The Step Back.
Subscribe
0 Comments
Inline Feedbacks
View all comments
← PreviousWhy the Cowboys Would Be Ridiculously Stupid to Sign Dez Bryant
Next →Why Joe Montana Should Root for the Kansas City Chiefs in Super Bowl LIV

LeBron James Is Right to Be ‘Pissed Off’ About NBA MVP Voting
September 19, 2020 No Comments

Markieff Morris Is a Terrible Fit for the Los Angeles Lakers
February 22, 2020 1 Comment