Skip to content
CCN.com > Markets News & Opinions > Markets Opinion > Coronavirus Is a Death Sentence for Every U.S. Airline Stock – Except This One

Southwest is best prepared to weather this storm. | Source: Shutterstock

The International Air Transport Association (IATA) released a report this week detailing its gloomy baseline scenario for the future of air travel. The association’s outlook is terrible news for all but one airline— Southwest (NYSE:LUV).

LUV stock has been beaten down alongside the rest of the industry, but the IATA report confirms that value investors should be scooping up this diamond in the rough.

The IATA report is brutal— with passenger demand around the globe seen coming in 32% lower than expected. What’s more, the organization says it foresees airline travel reaching 2019 levels in 2023. That means airlines are going to suffer at least another three years.

But there is a shining light for Southwest, whose dominance among domestic travel will become its superpower during the industry’s recovery from the coronavirus pandemic. The IATA expects domestic traveler demand to return to 2019 levels a year earlier in 2022.

That may not sound like much, but it could offer a window of opportunity to Southwest in the coming years. The association found that 58% of passengers will stick to domestic travel only even as borders open up.

That should be music to LUV shareholders’ ears because it means the firm is uniquely positioned to see a recovery across its entire business. For much of the competition, it’s the opposite. 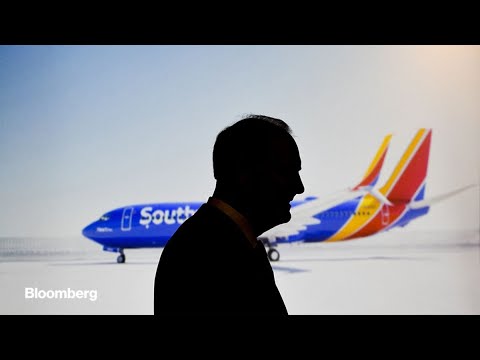 The IATA’s latest reports also backed up remarks by low-cost European carrier Ryanair (NASDAQ:RYAAY), whose CEO said leaving middle seats free on flights was “nonsense.” Though Ryanair’s response to the potential social distancing measure was criticized, the IATA agreed, noting that it wouldn’t offer much protection.

Again, this is a big deal for Southwest, which doesn’t offer first-class seats. For companies like Delta and American Airlines, a considerable percentage of profits come from expensive seats booked in first-class and business cabins.

Southwest makes its money by filling planes to capacity. Losing a middle seat would have thrown a wrench in the firm’s business plans.

LUV stock isn’t going to recover overnight— the firm has lost over 50% of its value, and most of its planes are still grounded. But unlike some of its debt-laded peers, Southwest looks capable of surviving the temporary halt in air travel. The firm is sitting on $4 billion in cash and one of the lowest debt-to-equity ratios in the entire industry.

Fund manager Daniel O’Keefe pointed out that Southwest’s ability to ride out the turbulence is a powerful tool in gaining market share. That’s because some of the company’s competition could go bust before the year is over.

[A US carrier going out of business] will be of enormous benefit to Southwest. They are in the best position to take market share when the others are clearly impaired

The firm’s low-cost model also stands to benefit from an economic downturn despite predictions for reduced business travel. Companies will likely pull back on non-essential business travel for the foreseeable future to keep costs down, but when a trip is necessary, firms will be looking for cheap fares.

The same is true for leisure travelers who venture out for vacation once the pandemic is under control. Economic uncertainty will likely prompt more conservative spending, further strengthening Southwest’s value proposition.

There’s no doubt that LUV stock is going to experience a great deal of volatility in the coming months, but for those with a long timeline, it’s the clear pick among airline stocks.

Disclaimer: This article represents the author’s opinion and should not be considered investment or trading advice from CCN.com. The writer does not own any stocks of the companies mentioned.

Aaron Weaver edited this article for CCN.com - Capital & Celeb News. If you see a breach of our Code of Ethics or find a factual, spelling, or grammar error, please contact us.