Nier: Automata is an insanely popular title. The first game in the Nier series didn’t do so well but has a ‘cult classic’ status. But lucky fans have got the news we’ve been waiting for: Nier is being remade as Nier: Replicant. The situation might be quite confusing for western fans.

The remake is called Nier: Replicant and features a young protagonist rather than the grizzled, middle-aged man from the previous version. The reasons behind this? The series is a lot more confusing than you probably realize.

Nier: Replicant Is Based on the Originally Intended Version of the Game

If you played the original Nier back on the PS3 or Xbox 360, you’re probably confused by this mess. The protagonist of the game is a middle-aged man trying to save his sick daughter.

Originally the character was going to be a teenage boy looking after his sick sister. But, the director, Yoko Taro, thought that non-Japanese audiences would identify more with an older character.

There are some references to the PS3 getting the younger character while the Xbox 360 would get the older one, but I can’t find any evidence of this outside of Japan. That explains why there’s a teenager in this remake.

The Remake Is Great News for Fans of the Original Title

Other than the characters and some dialogue being different, there are no significant changes between the two different versions of Nier. Bearing that in mind, Nier: Replicant should feature options for both. It would be cool to have the opportunity to play as either of the protagonists from the start of the game. 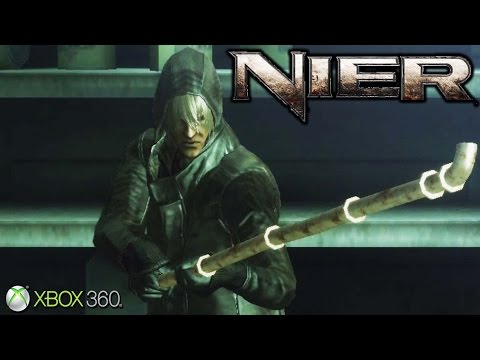 I’m sure it’d be extra work, but I’m also sure that people want to step back into the shoes of middle-aged-dad Nier more than teenage-boy Nier.

Either way, It’s great news that Nier: Replicant is heading our way. Maybe this time around the game will get more love since Nier: Automata made the series so popular.