At 9-21, the Cleveland Cavaliers are barreling straight toward the NBA draft lottery. As such, they began their inevitable teardown Monday by trading Jordan Clarkson to the Utah Jazz for Dante Exum and a pair of second-round picks via San Antonio in 2022 and Golden State in 2023, per ESPN’s Adrian Wojnarowski.

Clarkson, who’s in the midst of a career year, will be difficult to replace for Cleveland. In all likelihood, this trade will make the Cavs even worse for the rest of the year, as Clarkson was their third-leading scorer at 14.6 points per game.

It was also the objectively correct decision for this rebuilding Cavaliers squad.

Although Clarkson is setting career-best marks in a host of advanced metrics, he’ll turn 28 in June and is set to become an unrestricted free agent in July. Had the Cavaliers held on to him past the trade deadline, they would have risked losing him for nothing in free agency.

Since the Cavs just spent a pair of lottery picks on Collin Sexton (No. 8 in 2018) and Darius Garland (No. 5 in 2019), Clarkson had no realistic pathway to a starting gig in Cleveland. The Cavs could have re-signed him as their version of Lou Williams—a microwave-scoring super-sub—but he doesn’t align age-wise with the rest of their developing young core.

Fresh off his season-high 33-point performance against the Memphis Grizzlies on Dec. 20, the Cavaliers effectively sold high on Clarkson. 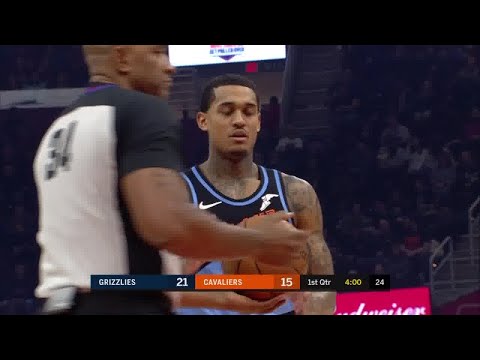 They’ll badly miss his floor-spacing ability, as he’s second on the team in made three-pointers per game (2.0), trailing only big man Kevin Love (2.3). However, Clarkson wasn’t an impactful defender, so it’s fair to question whether he’ll be a negative asset on his next contract.

What Dante Exum brings to the table

The Jazz re-signed Exum to a three-year, $33 million contract in July 2018, but injuries have derailed his career to date. He missed the entire 2015-16 season after tearing his ACL during international play, and he missed significant chunks of time in 2017-18 (shoulder) and 2018-19 (ankle, patellar tendon) as well.

If Exum can stay healthy—an admittedly big “if”—the Cavaliers are gambling on his talent shining in a larger role.

Donovan Mitchell, on Dante Exum’s trade: “That’s my guy, man. It’s moments like this you always remember that it is a business. He’s a guy that’s been such an incredible spirit. … I loved him as a teammate. A great teammate, a great dude.” pic.twitter.com/aOihp3VYlV

The 24-year-old has seen his playing time decrease in each of his NBA seasons, as he seemed to fall further and further into Utah head coach Quin Snyder’s doghouse. His offensive efficiency leaves much to be desired—he’s a career 40.1 percent shooter overall and 30.5 percent from three-point range—but his 6’5″ frame and 6’9″ wingspan enables him to be a versatile defender.

During Utah’s second-round playoff series against the Houston Rockets in 2017-18, James Harden scored two points and went 0-of-6 from the floor during the 22 possessions in which Exum guarded him in Game 2, according to ESPN’s Tim MacMahon. 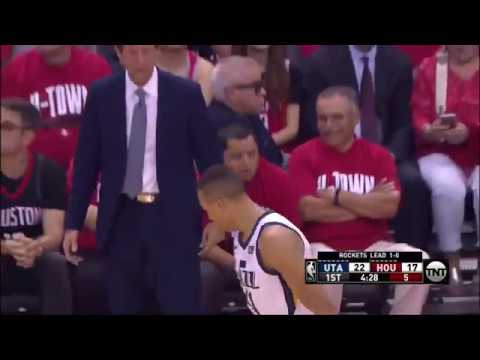 “As long as I stay in front of him, it’s just going to frustrate him,” Exum told reporters after that game. “He’s used to getting by guys or stepping back and getting an open shot. As much as possible, I have to stay in front of him and remind him that I’m there.”

If Exum can impart that defensive mentality upon Sexton and Garland, he’ll go a long way toward expediting Cleveland’s rebuild. And even if Exum busts, the Cavaliers also acquired two second-round picks in the deal, which they could use to further replenish their pipeline of young talent or dangle in future trades.

This is the exact type of move the Cavaliers should continue making ahead of the NBA’s Feb. 6 trade deadline.

Unless otherwise noted, all stats via NBA.com or Basketball Reference. All salary information via Early Bird Rights.