Crypto heavyweight Circle stated in a blog post that their OTC (Over-the-counter) business has facilitated over $24 Billion worth of trades. This is a huge number given that OTC trading volumes are not reported publicly and there have been growing discussions about institutional investor activity over crypto OTC desks.

Circle claimed that over 600 counter parties executed over 10,000 trades over 2018. These trades spanned over 36 assets, and primary consumers of the desk include miners, founders, hedge funds, proprietary trading firms, crypto funds, and VC’s.

Circle Trade, has continued to expand despite a tumultuous year for the industry: we onboarded a record number of new institutional clients, grew our trading operations to 24/7 with coverage in the US, Europe and Asia

Having experienced significant growth over several product offerings, Circle’s has over a thousand institutional partners from all over the world – United States, Asia, the Middle East and Europe. This growth is complemented by an increased headcount – over 150 new hires.

Apart from the OTC desk, Circle acquired Poloniex in early 2018, one of the earliest crypto exchanges (which has been operational for nearly five years). Subsequently, Poloniex underwent a series of upgrades from a regulatory and engineering perspective. This included revamping the customer signup and identity verification process.

While several assets were added onto the platform, a whopping 20 assets were delisted from Poloniex. Moreover, the number of open customer support tickets were reduced from over 200,000 to 1000 during 2018.

Apart from this, Circle introduced the Circle Asset Framework which provides guidelines and a clear framework for reviewing assets introduced within Circle’s products.

Another notable feature implemented by Circle was the pre-fork trading enabled in anticipation of the Bitcoin Cash Fork. Apart from this, fiat markets with the base pair of USDC were launched.

Launched during the Spring of 2018, Circle Invest serves as a frictionless means of investing in crypto without the hiccups. Having launched one collection of crypto assets – ‘The Market’, three more collections were launched given the growing demand.

Despite the highly volatile crypto market, over 30% of purchases on Circle Invest are recurring.

And a Broker Dealer Acquisition

Circle also acquired SeedInvest, which owns a registered broker-dealer and is the largest equity crowdfunding platform in the United States.

We believe more traditional assets will become securitized through tokenization, and that includes shares in companies, debt and other lending contracts, and other forms of property and value. 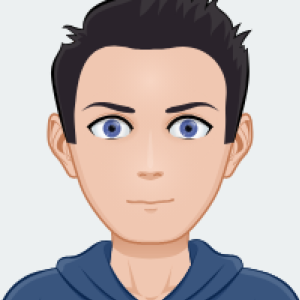 Jeremy Allaire’s Circle the Latest to Distance Itself from Facebook’s Libra
July 29, 2019 No Comments

Crypto Trading Giant Circle Wants to Raise $250 Million in Funding – But Why?
March 2, 2019 No Comments