Chris Paul was once among the most explosive players in the NBA.

He was arguably the league’s fastest player end to end, and he possessed the sudden burst needed to get to the rim at will. Playing a game of giants made it impossible to ignore that Paul stood just six feet tall, but his utter lack of size and length was almost completely mitigated by elite all-around athleticism.

He hasn’t been that player for the better part of a decade, beset by injuries and the inevitable wear and tear of 14 NBA seasons. But Paul remains an impact player on both sides of the ball, and the petty tattle he told on the Minnesota Timberwolves Friday night is among the many reasons why.

The Timberwolves led the Oklahoma City Thunder 121-119 with less than two seconds remaining, and Oklahoma City was out of timeouts. With Karl-Anthony Towns about to shoot his second free throw, a hard-fought road win for Minnesota was all but assured.

That’s when Paul indulged in the gamesmanship that’s made him a lightning rod for both praise and criticism throughout his Hall-of-Fame career.

Wolves ended up losing the game in OT pic.twitter.com/9I9PINGH11

Yes, that’s Paul pointedly alerting the officials that Bell stepped on the floor with his jersey untucked.

The Timberwolves were almost immediately called for a delay, resulting in a technical foul because it was Minnesota’s second such violation of the game. Danilo Gallinari made the technical free throw, and Towns subsequently connected on his second attempt despite trying to miss.

That wild turn of events set the stage for the cherry on top of a finish to regulation unlike any the league has ever seen. 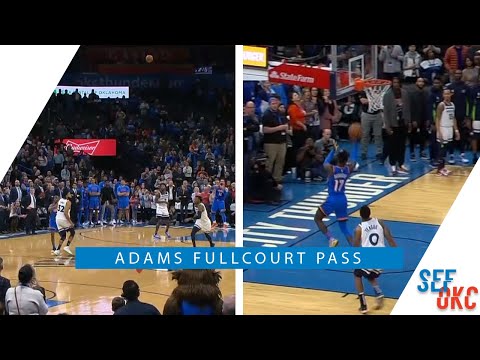 The Thunder, predictably, went on to beat the reeling Timberwolves 139-127 in overtime.

Paul explained the incident after the game, confirming what anyone following his career already knew. He was fully aware Minnesota had already been whistled for a delay of game, and fully aware another would yield a free throw for Oklahoma City.

Chris Paul breaking down the Jordan Bell untucked jersey he called out.

Did he know the T-Wolves already had one delay of game earlier?

The whole sequence and his postgame reaction are classic Paul.

He’s probably the only player in basketball equipped to initiate the turn of events that allowed the Thunder to steal a win, and it’s one that could loom large come April. Oklahoma City and Minnesota, remember, are among a handful of teams that could be fighting for the West’s final two playoff spots until the last day of the regular season.

Paul Deserves to Play for an NBA Finals Contender

But the Thunder’s viability as a potential playoff team could be squashed at the trade deadline.

Paul, at 34 with one of the most onerous contracts in basketball, is not in Oklahoma City’s long-term plans. There were even rumors of both sides scouring the market for potential suitors following his trade from the Houston Rockets in July.

The same factors that make Paul a poor structural fit with the Thunder, despite his ongoing effectiveness, exist across the league.

The Miami Heat have long been considered favorites to trade for him, but are 15-6 with a young, developing roster. There’s no viable path to get him to the Los Angeles Lakers. The Timberwolves don’t seem like candidates given the rise of Andrew Wiggins. There just isn’t a ready-made playoff team that both needs point guards and could stomach swallowing Paul’s salary.

The Thunder will work the phones leading up to February’s trade deadline, but the most likely scenario is that he remains in Oklahoma City for the season’s duration. While that’s a drag for the masses who relish Paul’s basketball genius and unrelenting competitiveness, fans can take solace in the fact that Paul clearly isn’t letting his unenviable circumstances erode the mental aspects that make him great.