When the New England Patriots signed Cam Newton, critics assured us the marriage would fail.

The argument was simple. Cam Newton is a “me-first” kind of guy who won’t take criticism. Bill Belichick is a no-nonsense head coach who rips into everyone and demands the team comes first.

There’s no way they are going to mesh! One of the two will have to cave. And since we already know Bill Belichick is never going to change, it must be Newton.

As surprising as it may be, it sounds like he has.

Wait, Is That Cam Newton or Loc Dog?

Loc Dog is, of course, the Marlon Wayans character from the 1996 movie “Don’t Be a Menace to South Central While Drinking Your Juice in the Hood.”

Video: Is it Cam Newton, or is it Loc Dog, aka Marlan Wayans? 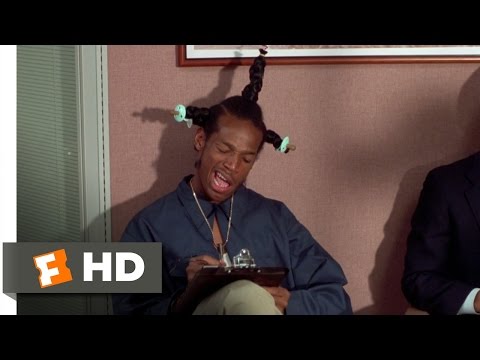 The comparison has come up before, so it wasn’t surprising to see it resurface this week.

Nor is it difficult to see why social media drew the connection:

A “diva” would find this upsetting. A diva would take offense to the stereotype and make a comment or two in an interview or on social media to let the fans know he was peeved.

That’s probably what Newton’s critics expected to happen – but it didn’t.

Instead, he joined in on the fun with an Instagram story:

Would a diva do that? Not a chance.

He Seems to Have the Patriot Way Down

One joke is not enough to shake a “diva” reputation. Newton’s more cynical haters might allege that by calling more attention to the pictures, he exhibited classic “look at me” behavior.

All that really matters is whether Cam Newton can fall in line with the “Patriot Way.”

And, at least so far, it looks like he can:

Video: It sure sounds like Cam Newton buys into the “Patriot Way.”

"There's a perception, but at the end of the day it’s football. I've loved it ever since I’ve been here. You hear rumors about certain things, but none of that really matters. It’s all about finding a way to prove your worth on a team.” pic.twitter.com/oOfLVk8pdg

He could just as easily have said meshing with Belichick was a “work in progress” or that “we’re figuring out how to effectively communicate with each other.” No one would have batted an eye.

Instead, he basically dismissed the question altogether. He said something positive without saying anything of real substance – or even conceding the question had credence.

Has Cam Really Turned Over a New Leaf?

The real question isn’t necessarily whether Cam Newton can toe the line all season. It’s what happens after his “prove-it” year with the Patriots is over.

“I ain’t here for a long time. I’m here for a good time” – George Strait

It’s obviously dangerous to read too much into a song lyric, but it does raise speculation about whether Cam is genuinely turning over a new leaf.

Is the “diva” persona gone for good – or has it just gone into hibernation? Is Cam merely biting his tongue this season, only to revert to his old ways when he signs with someone else in 2021?

We’ll have to wait and see.