By CCN.com: Canada’s largest chain of pharmacies announced a big partnership at the World Cannabis Congress on Monday. Shoppers Drug Mart will be working with TruTrace Technologies (until recently known as BlockStrain) to bring blockchain-based verification to the medicinal marijuana market. If successful, it could help power cannabis stocks higher as more doctors become comfortable with prescribing the drug. For interested investors, TruTrace’s stock trades as symbol “TTT” on the Canadian stock exchange.

Shoppers Drug Mart operates roughly 1,300 pharmacies in Canada and already sells various products containing marijuana. It hopes to make doctors and patients feel more secure. It can do so by tracing the exact origin and quantity of medicinal cannabis in all its drugs. Like with vitamins, many medicinal marijuana products have had less – or none at all – of the active ingredients than promised.

Bloomberg reported that this Shoppers Drug Mart deal is just the beginning. It appears that major U.S. pharmacies including CVS and Walgreens are considering using this blockchain verification system as well. A VP of Shoppers Drug Mart stated:

“This is the future for medical cannabis in the world […] I know the U.S. is looking at what we’re doing here, and it’s really important that we take this leadership stance.”

CVS and Walgreens operate nearly 20,000 American stores between them. And they both have begun to sell lotions and creams infused with CBD. Over time, the pharmacies should add more products as legalization gains steam. That should be a boon for cannabis stocks, and particularly ones that focus on medicinal.

"Cannabis is one of the greatest economic trends to come to this country…it's a striking representation of economic rebirth," said @john_fowler_jd of @TheSupremeFIRE in the final panel to end a great day. #CivilizedWCC pic.twitter.com/3cbANdxVdI

How to Pair Marijuana and Blockchain

Earlier this year, TruTrace’s CEO pointed out how the blockchain record of medical marijuana will make consumption safer. TruTrace keeps a history of the entire cannabis supply chain. This allows both customers and pharmacies to have 100% confidence in the products they are purchasing. The specific genetics of each marijuana variety are kept within a smart contract.

If people find pesticides, molds, or other cancer-causing agents in a strain of marijuana, they can now track it back through the supply chain and back to the producer. Additionally, this blockchain platform allows marijuana-specific software such as MJ Freeway to interact with mainstream cloud operators including Oracle and SAP. 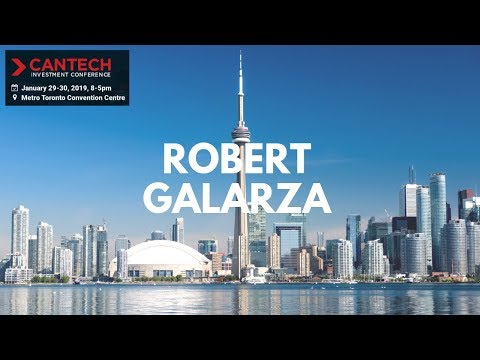 In an interview earlier this year, TruTrace’s CEO Robert Galarza noted another benefit of putting medical pot on the blockchain:

“We’ve actually sat down with producers who literally have had batches [of marijuana] that they’d had to put to waste because they’ve lost the paperwork […] As you grow and scale, all those administrative processes have to be digitized and recorded in an electronic fashion.”

With both crypto and medical marijuana being emerging industries, there could plenty of opportunity for the two to combine in the coming years. Cannabis stocks have been in a slump lately; perhaps partnering with crypto to improve marijuana safety will help get them out of the doldrums.