Sen. Elizabeth Warren dropped out of the Democratic presidential race on Thursday, just two days after suffering a stunning defeat in Super Tuesday states across the country. It was so ugly that voters in her own home state even placed her third behind Joe Biden and Bernie Sanders.

While analysts scrambled to understand why Warren lost after once being a frontrunner, and what it means for the rest of the election, feminists cried “sexism.” 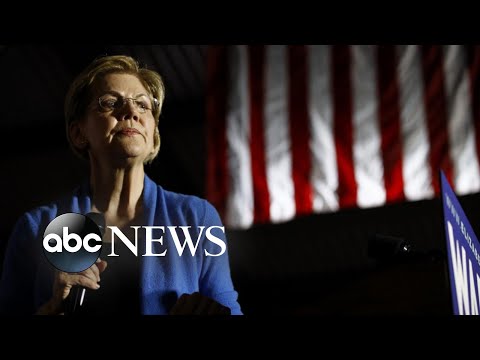 But Elizabeth Warren didn’t lose because voters are sexist. That’s nonsense. In fact, Warren has just as much a right as any man to lose in a presidential primary.

The real reason Warren lost is because voters are racist. They just weren’t ready for the first Native American president.

But seriously: Warren had plenty of baggage as a politician that had nothing to do with her gender. And it’s the way she’s manipulated and politicized her identity – not her identity itself – that alienated voters.

Jessica Valenti, who co-founded “Feministing,” said she’s in “a pit of despair” over Warren’s loss.

She blamed it on sexism. Her evidence for this serious accusation was only that she’s “been around too long.”

So you’ll just have to trust her experience on this:

I’ve had to come to terms with America’s sexism again and again. Don’t tell me this isn’t about sexism. I’ve been around too long for that.

A lengthy analysis at The Huffington Post laments that voters saw Elizabeth Warren as a female candidate, not a candidate. But that’s actually how her feminist supporters like Jessica Valenti saw her.

And the HuffPo piece cites a poll that found Democrats didn’t think she was electable. Because even though they reported being comfortable with a female president, they were worried their neighbors were too sexist to vote for a female candidate.

In other words, Elizabeth Warren didn’t lose because voters are sexist. She lost because the Huffington Post published that article today saying “sexism still mattered.” Future female candidates stand to lose too because today’s “sexism” explanation will spook voters into thinking a woman is not electable.

An analysis in The Atlantic Thursday rattled off a list of Warren criticisms (like she’s “condescending”), and suggested she was being perceived differently because she’s a woman.

As for her personality, Elizabeth Warren is a former professor of bankruptcy law and has the personality of one. She has just as much a right as any man – like Al Gore – to bomb with voters because of a dry personality.

Warren’s past deceit about her Native American ancestry epitomizes what they’re sick of. Voters haven’t forgotten about that.