Blackstone, which manages $571 billion in assets, suggests a possibility of a decade-long S&P 500 slump has emerged.

Blackstone, which manages $571 billion in assets, suggests a possibility of a decade-long S&P 500 slump has emerged.

Throughout the past five months, the Federal Reserve has maintained an aggressive policy to ease the pressure in the markets.

The Fed has reaffirmed its stance to retain low-interest rates for extended periods. The confluence of the low-interest rate and rising global liquidity have caused investors to become more active.

According to James, that trend caused stocks to get “fully valued.” Tech-heavy indices, including the S&P 500, saw large gains since the World Health Organization (WHO) declared the pandemic in March.

The primary argument for a prolonged stagnation in the stock market is that stocks have little room to grow. Their valuations have mostly maxed out, buoyed by the surging global liquidity.

The Fed prevented a “major meltdown” with its strong policies. But a side-effect of that has been a super fuel for the S&P 500. The index increased by 47.56% in the past six months.

In the near term, the optimistic trend of stocks and the S&P 500 could continue. James emphasized there is an immense amount of capital on the sidelines. He said:

But over the longer term, he said, “disappointing long term earnings growth” could become a problem. He noted that it could cause “economic headwinds for companies.”

The S&P 500 index recorded a vertical rally within a short period of time. James said he sees “anemic equity returns over the next five to 10 years based on the trend of stocks.”

Even if stocks post subpar growth in the medium term, the U.S. stock market avoided the worst outcome.

Without the Fed’s “unprecedented” speed, strategists say that the market could have fallen apart “very quickly.” James added:

“The Fed move was unprecedented size and speed … without that, there was serious risk of spiraling down to a kind of depression and when you start having that credit problems, it will ripple through markets very quickly.”

At least in the foreseeable future, the Fed is unlikely to raise interest rates until 2024. For the S&P 500, that could prevent a severe correction from materializing.

Some strategists expect the equities market to continue rallying, especially after the Fed meeting. Watch the video below: 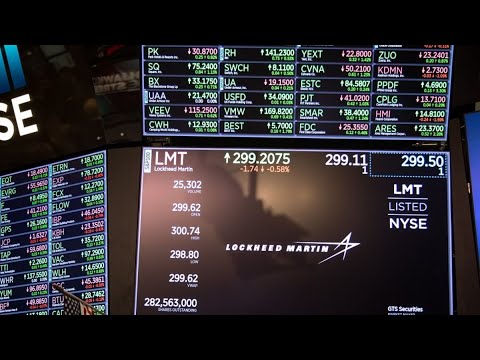 As long as interest rates remain low, the prospect of a massive S&P 500 pullback is unlikely. But whether that would translate to an extended rally remains uncertain. For now, strategists appear to be cautious.

September 20, 2020 1 Comment
← PreviousHere’s Why Apple Is Worth More Than Britain’s Top 100 Companies
Next →Stock Market Doomsayers Seem to Be Overlooking This Big Bull Signal