Robert Shiller warned that the US stock market could be on the verge of a recession. | Source: Flickr/World Economic Forum.

Robert Shiller, a Nobel Prize-winning economist and Yale University professor, says bitcoin may be extinct in 100 years because it “looks like a bubble.” If bitcoin is around, Shiller says it will be a completely different iteration of what it is today.

“I’m thinking bitcoin won’t look anything like it is today,” Shiller told CNBC. “It’ll have a different name, if it exists. There have been many hard forks, changing it and changing it. So it’ll be a matter of dispute whether it exists or not.”

A Spike and a Fizzle?

Shiller said one scenario could see the top cryptocurrency by market cap experience a huge price spike before fading out.

“One scenario is something like what happened in 2013, when bitcoin topped $1,000 and then lost 80 percent of its value,” he said. “It looked like bitcoin was fading away.”

Shiller then hedged a bit, saying he could be wrong about the volatile market. “You know, it’s so hard to predict these things,” he said. “I don’t mean to be dismissive of bitcoin, but it looks like a bubble.”

One thing that Shiller likes about crypto-mania, which he has repeatedly dismissed, is the excitement and innovative spirit it has ignited.

“It’s getting people enthusiastic, and people are making different kinds of cryptocurrencies,” he noted. “There’s thousands of them now, so something good may come out of it.”

Shiller said he was amused when one of his economics students recently asked if he could keep his laptop on during his final exam so he could execute a cryptocurrency trade.

“That’s a new first for me. That shows real enthusiasm,” Shiller laughed. “I said, ‘okay, if it’s so important to you, you can trade during the final exam.”

Robert Shiller was one of three people who were jointly awarded the Nobel Prize in Economics in 2013 for their work on spotting financial bubbles. Shiller is an avowed bitcoin bear who has scoffed at the cryptocurrency market ever since it started garnering countless headlines.

A Fad Fueled By Hype

In April 2018, Shiller called bitcoin mania a passing fancy that’s fueled by emotions and hype and is not rooted in sound financial fundamentals, as CCN.com has reported.

“It’s another example of faddish human behavior,” Shiller said. “It’s a story that I think goes way beyond the merits of the idea.”

Shiller believes the hype surrounding the decentralized, unregulated virtual currency market stems partly from its defiant image as rebelling against “The System.”

“I think it’s partly political,” he reasoned. “There’s a big element of people who don’t trust the government anymore, and they like the idea that this didn’t come from the government. It came from some real smart computer scientist. It’s a great story for today’s markets.”

Of course, for every naysayer there are numerous bitcoin bulls who are supremely confident about its future, including Twitter billionaire Jack Dorsey and billionaire venture capitalist Tim Draper. 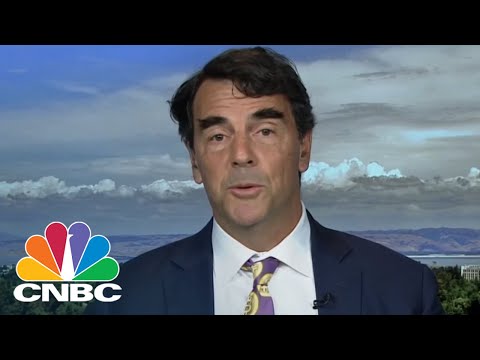 Even as Shiller predicts the eventual demise of crypto, Draper has boldly set a $250,000 bitcoin price target for 2022.

Like Shiller, Draper has impeccable academic credentials: He has an undergraduate degree in electrical engineering from Stanford University and an MBA from Harvard.

Draper also has a pretty good track record with bitcoin price predictions and is hailed for his savvy decision to buy 30,000 bitcoins for $600 apiece back in 2014, when few people had heard of it. At today’s price of roughly $7,500 a coin, Draper’s stash is now worth about $225 million. Not bad for a four-year investment.