By CCN.com: Some of the world’s biggest banks are partnering with London-based Fnality International to create a blockchain digital currency for faster cross-border transfers.

These banks from Japan, Europe, and the United States are hoping that issuing a utility settlement coin (USC) will lower transaction costs of cross-border payments by cutting out intermediaries.

Fnality International has received $63.1 million in capital from the 14 participating banks. These banks include Barclays of Europe and the United States’ State Street; Japan’s MUFG Bank and Sumitomo Mitsui Banking Corp as well as UBS and Credit Suisse. The Japanese Banks are reported to have contributed several hundred million yen each.

There has been growing interest from banks in regards to blockchain digital currencies utilized for efficient cross-border payments. Ripple and its product xRapid, tied to the XRP token, is starting to be used by several financial service providers around the world.

Moreover, Wall Street bank, JPMorgan has also been experimenting with its digital token – the JPMorgan Coin. Currently, the JPMorgan Coin is nothing more than an esoteric product used by a small percentage of institutional clients for cross-border transactions.

Head of JPMorgan, Jamie Dimon, known for his anti-Bitcoin rhetoric, has said of their digital token:

“JPMorgan Coin could be internal, could be commercial; it could one day be consumer.”

However, the JPM Coin website states explicitly they have no existing intention to issue it to the public. The token is currently unavailable to everyday consumers.

The USC, being proposed by Fnality International and utilized by 14 of the world’s largest banks, will also seemingly be an internal product. Fnality will set up accounts at participating central banks and issue these USCs as digital equivalents of major currencies. These then get converted into their paired currencies on a one-to-one basis.

The creation of the USC is not intended to be a new decentralized cryptocurrency such as Bitcoin. Instead, it is a way of increasing banking efficiencies.

The digital token will operate when a client transfers money from Japan to the U.S., for example. From there, a Japanese commercial bank transfers the specified amount of yen to the country’s central bank. Fnality then issues the equivalent amount of USCs, depositing them into an account at a specified American commercial bank. This bank immediately sends an equal amount of dollars into the end client’s account.

Being backed by the central banks mitigates the risk of price fluctuations and provides a more stable method for interbank transfers as compared to traditional cryptocurrencies. However, the immediate nature of the blockchain settlement allows clients to reduce their exposure to forex risks that occur in conventional lengthy cross-border trades.

Like Ripple’s XRP and JPM Coin, the idea behind the USC minting in this instance is to improve on the current cross-border payments system.

Cross-border payments currently go through multiple steps involving third-party intermediaries and the foreign exchange market, adding fees and other costs to the process. Blockchain-based USCs can eliminate the forex portion of the trade, allowing for orders to be processed immediately.

The system will initially work with U.S. dollars, euros, pounds, yen, and Canadian dollars. Fnality plans to step up negotiations with central banks and aims to issue the first USC by late 2020. 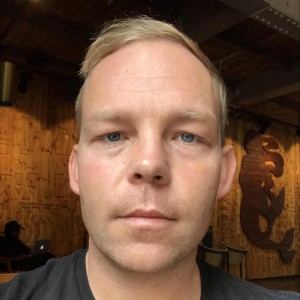 Darryn Pollock
I am a journalist that has covered a variety of topics from finance to economics, technology, and even sport. With the emergence of Blockchain technology and the rise in popularity of cryptocurrencies I have focused my efforts towards this fascinating and important ecosystem. I also have a legal background, and as such, have a keen interest in the regulation and adoption of Blockchain & cryptocurrency, as well as innovative and disruptive uses for this revolutionary digital solution.
Subscribe
0 Comments
Inline Feedbacks
View all comments

James Corden Is About To Get The ‘Cancel Ellen DeGeneres’ Treatment
October 29, 2020 No Comments

Prince Andrew is Staging a ‘Comeback’ – Which Nobody is Asking For
October 28, 2020 5 Comments
PHNjcmlwdCBhc3luYyBzcmM9Imh0dHBzOi8vcGFnZWFkMi5nb29nbGVzeW5kaWNhdGlvbi5jb20vcGFnZWFkL2pzL2Fkc2J5Z29vZ2xlLmpzIj48L3NjcmlwdD4KPCEtLSBSZWNvbW1lbmRlZCBwb3N0cyBBZCBDQ04gLS0+CjxpbnMgY2xhc3M9ImFkc2J5Z29vZ2xlIgogICAgIHN0eWxlPSJkaXNwbGF5OmJsb2NrIgogICAgIGRhdGEtYWQtY2xpZW50PSJjYS1wdWItNjQ3MjA2OTY5MzY1NzE0MyIKICAgICBkYXRhLWFkLXNsb3Q9IjI3MzY1ODYyMzUiCiAgICAgZGF0YS1hZC1mb3JtYXQ9ImF1dG8iCiAgICAgZGF0YS1mdWxsLXdpZHRoLXJlc3BvbnNpdmU9InRydWUiPjwvaW5zPgo8c2NyaXB0PgogICAgIChhZHNieWdvb2dsZSA9IHdpbmRvdy5hZHNieWdvb2dsZSB8fCBbXSkucHVzaCh7fSk7Cjwvc2NyaXB0Pg==