Davis Bertans has suddenly become one of the NBA’s most dangerous shooters, drastically altering the trajectory of his career in the process.
PHNjcmlwdCBhc3luYyBzcmM9Imh0dHBzOi8vcGFnZWFkMi5nb29nbGVzeW5kaWNhdGlvbi5jb20vcGFnZWFkL2pzL2Fkc2J5Z29vZ2xlLmpzIj48L3NjcmlwdD4KPCEtLSBUb3AgQXJ0aWNsZSBDQ04gLS0+CjxpbnMgY2xhc3M9ImFkc2J5Z29vZ2xlIgogICAgIHN0eWxlPSJkaXNwbGF5OmJsb2NrIgogICAgIGRhdGEtYWQtY2xpZW50PSJjYS1wdWItNjQ3MjA2OTY5MzY1NzE0MyIKICAgICBkYXRhLWFkLXNsb3Q9IjU4NDY0ODIyMjMiCiAgICAgZGF0YS1hZC1mb3JtYXQ9ImF1dG8iCiAgICAgZGF0YS1mdWxsLXdpZHRoLXJlc3BvbnNpdmU9InRydWUiPjwvaW5zPgo8c2NyaXB0PgogICAgIChhZHNieWdvb2dsZSA9IHdpbmRvdy5hZHNieWdvb2dsZSB8fCBbXSkucHVzaCh7fSk7Cjwvc2NyaXB0Pg==

Davis Bertans had already made six three-pointers when he caught the ball several feet behind the arc with Devonte’ Graham right in his chest. Despite a defender pressuring him hard and 20 seconds remaining on the shot clock, the Washington Wizards’ marksman let fly anyway.

What would qualify as a heat check for most any other player was actually anything but for Bertans. On his way to becoming one of basketball’s most imminently dangerous three-point shooters, the 6-foot-10 red head has routinely rendered that type of aggressive defense moot in the season’s early going.

And he’s doing it on a nightly basis, too.

Coming Out of Nowhere

Anyone telling you they saw Bertans’ long-range onslaught coming this season is lying.

A fourth-year pro who only came to the NBA in 2016 after being drafted a half decade earlier, he was a largely forgettable role player throughout his tenure with the San Antonio Spurs. Bertans made subtle strides as a long-range shooter between each of his seasons in the Alamo City, development that crested in 2018-19 when he shot an elite 42.9 percent on 4.4 three-point attempts per game.

Those are fantastic numbers but still not the type that made him a truly game-changing shooter. Bertans’ triples with the Spurs were mostly limited to weak-side spot-up attempts and set plays. Gregg Popovich certainly gave him the green light, but Bertans rarely deviated from San Antonio’s offense to launch.

With the Wizards, though, he doesn’t need to worry about the prospect of hijacking possessions by taking triples outside the flow of the offense. Coach Scott Brooks is leaning hard into a free-flowing, all-offense approach with his non-contending team, an ethos no player has benefited from more than Bertans.

He’s already shot 198 triples this season, seventh-most in the league and an average of 8.6 tries per game – nearly double his career-high. Bertans hasn’t sacrificed accuracy for frequency, either, shooting a scorching 46.5 percent from deep, the second-best mark in the NBA among high-usage shooters. 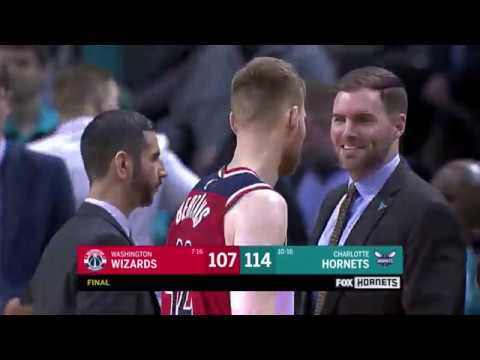 This isn’t some example of sample size telling a story that otherwise wouldn’t exist, either. Bertans is taking some of the most difficult three-point attempts in the league, and making them look easy.

It should come as no surprise that Bertans has been one of Washington’s most impactful players this season. His 115.5 offensive rating is best on the team by far, as is his off-court offensive rating of 104.9. Other than Bradley Beal, no player on the roster has been more instrumental to the Wizards’ fifth-ranked offense than Bertans.

His name has been increasingly floated in trade scenarios of late, and it’s not hard to see why. Every team in the league could use the services of a dead-eye shooter, especially one who stands nearly seven-feet tall. Bertans will be the subject of trade rumors until they ultimately come to fruition or the trade deadline comes and goes on Feb. 6. 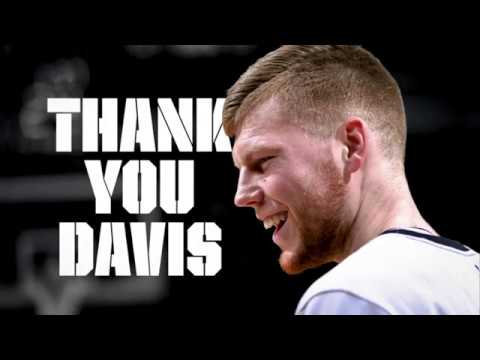 Regardless, the 27-year-old has drastically altered the trajectory of his career over the first two months of 2019-20. He’s a free agent this summer and is due a major pay increase on his $7 million salary whether he finishes this season in the nation’s capital or elsewhere.

It’s time to familiarize yourself with Bertans, basketball fans. After serving as an anonymous afterthought for most of his career, he’ll be a fixture of NBA highlight reels for many years to come.

Jack Winter
Jack Winter lives in Portland, OR. A veteran NBA writer, he also has experience covering the NFL, US politics, and pop culture. Follow him on Twitter, or reach him directly at john.armstrong.winter@gmail.com.
Subscribe
0 Comments
Inline Feedbacks
View all comments
← PreviousPut Some Respect On JJ Culver’s Historic 100-Point Game
Next →Weird Tom Brady Rumor Points to Patriots Divorce (And It Involves Guy Fieri)