Apple nabbed another of Elon Musk’s employees. This time it’s Tesla veteran Steve MacManus, an expert in designing car interiors who has also worked for Bentley, Jaguar Land Rover, and Aston Martin. It doesn’t take one of Musk’s artificial intelligence experts to deduce what’s going on here: Apple is ramping up its auto plans. 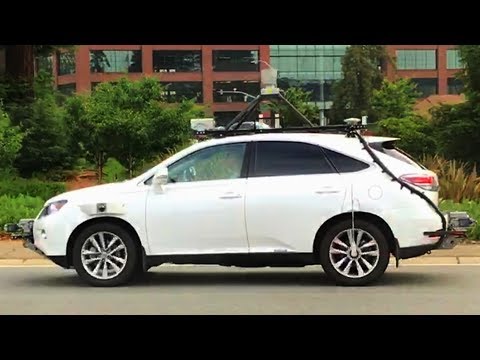 Even before this latest headline broke, Apple had left a trail of breadcrumbs for auto enthusiasts. The shadowy vehicle development process reportedly began in 2014 under the  “Project Titan” banner.

Several hundred employees moved over to this division amid rumors that Apple was dabbling in electric vehicles, and even Elon Musk said he was “glad” to face competition from the “talented people” at the Tim Cook-led firm.

Yo, I don't hate Apple. It's a great company with a lot of talented people. I love their products and I'm glad they're doing an EV.

Somewhere along the line, those plans appeared to change.

Last month, MacRumors reported that Apple had shifted resources toward self-driving tech rather than a full-fledged electric vehicle. With a self-driving testing permit obtained from the DMV, that report appeared to confirm a new strategy – and the death of the iCar.

However, after the MacManus hiring, the odds have shifted back in favor of the Apple car becoming a reality.

Still, Apple has a compelling reason NOT to get into the auto business. In short, it’s a very low margin industry. Cars are expensive to make, and the profit per unit can’t touch software or electronics.

Elon Musk is desperately trying to scale Tesla into profitability, and Apple would be no different. The golden ticket is to make self-driving software for other brands and enable deep iPhone integration.

Tim Cook stated this clearly as far back as 2017:

“We’re focusing on autonomous systems. It’s a core technology that we view as very important. We sort of see it as the mother of all AI projects. It’s probably one of the most difficult AI projects actually to work on.”

So why does it look like Apple WILL take the plunge into the auto industry?

Tim Cook must believe that there is profit to be had. There isn’t any reason for a cash-rich company like Apple to suddenly start a division that hemorrhages money. If the iPhone is the core business, the integration argument is compelling. Apple users (and only Apple users) can have access to a fleet of iCars that can pick you up and whisk you to your destination.

Why Is Everyone Copying Elon Musk?

Few doubt the genius of Elon Musk’s robotaxi idea, but critics suspect that Tesla might struggle to be the first to bring it to market.

If anyone has the cash to make self-driving cars a reality, it’s Tim Cook’s Apple. In fact, copying Musk is all the rage – Jeff Bezos has been doing it for years.

Apple purchasing Tesla has long been considered a possibility, but they appear to be going their own way – with some help from the “Tesla graveyard.”

Maybe Cook believes they are ahead of the competition and sees an opportunity to put their software in their own car rather than pass it off to someone else.

Let’s face it: the most challenging part of designing an autonomous vehicle is not sketching the cabin or putting it on four wheels. The margin would undoubtedly be there if you were first to market.