The apology was long overdue – and desperately needed – given the mudslinging that took place in the last couple of days.

However, let’s not kid ourselves. The real villain is EA – not Respawn Entertainment.

Respawn Apologizes After Lashing Out at ‘Nasty’ Critics

Zampella kept a cool head in the note, apologizing to Apex Legends fans without throwing his team under the bus.

“I will always stand behind the team…and support them on speaking out against…the toxic and nasty comments being directed at them,” he wrote. “But we shouldn’t contribute to it when we do comment, and add to he very thing we want to prevent.”

As CCN.com reported, the entire incident was sparked by an unknown developer known only as dk05.

After several negative comments appeared on the Reddit thread in question, dk05 snapped. He or she lambasted several gamers, characterizing them as “a**-hats” and “d*cks.” 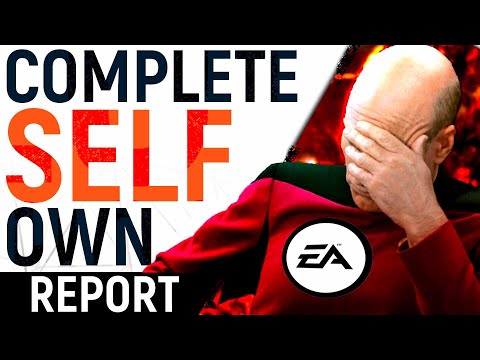 Gamers Head For the Trenches

Responses to the apology could not be more divided, as players picked a side and dug in for the ongoing Twitter flamewar.

One user even called for Zampella to fire the employee in question, which seems excessive considering that developers are humans too. The trend of gamers turning to threats when not getting what they want is a burgeoning industry concern.

That said, venting your frustrations directly at your fanbase is not the wisest move either.

EA Is the Real Villain in the Apex Legends Fiasco

Zampella’s words come at a time when tensions are rising between two segments of the gaming community who should be on the same side.

Developers love to create. And gamers love to play their creations. Neither of them is responsible for the root cause of the widespread discontent surrounding Apex Legends.

The whole loot box/micro-transaction fiasco falls squarely in the hands of AAA publishers and not the studios. EA is the real culprit in this case, and they have a deservedly awful reputation with gamers.

That said, both gamers and creators should take a page out of Zmeplla’s book. Take a step back, chill out, and learn to keep a level head. It’s only a game, after all.